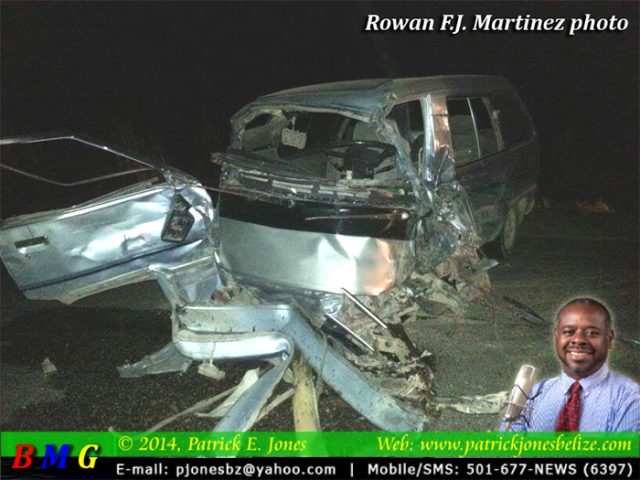 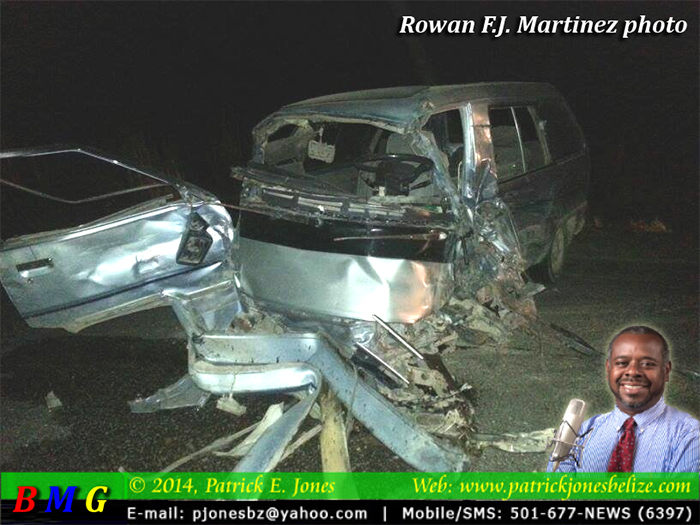 A traffic accident on Wednesday night on the Phillip Goldson Highway in the Corozal district has left one man dead and four others injured.

The deceased has been identified asMarcelo Damien Aguillar, 28, a resident of Concepcion village.

According to police reports, Aguilar was south-bound from the northern border when upon reaching between miles 87 and 88 in Chan Chen the van he was driving collided head on with a 10-wheel trailer-truck.

After hitting the truck, Aguilar’s van then also slammed into the side of a pickup truck that was traveling behind the trailer.  Police say Aguillar was killed on impact and his passengers Francisco Hernandez, 16 and Nelson Peck, 21, sustained abrasions and cut wounds.

The driver of the trailer truck, Servando Salazar of Orange Walk town, sustained a large cut wound to the right side of his face and nose. He has since been transported to the Karl Heusner Memorial Hospital for treatment.

Persons in the pickup truck that was behind 10-wheeler were Gabriel and Elodia Pott. Police say Gabriela complained of chest pain.

Initial investigations by police indicate that the fatal crash happened around 8 o’clock on Wednesday night. After the impact of the van crashing into it, the 10-wheeler truck ran off the highway and overturned.

The police investigation is ongoing.