Robber who was shot dead, identified 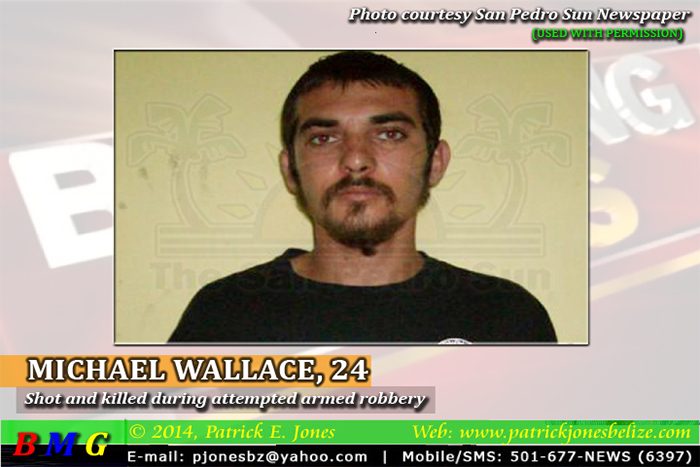 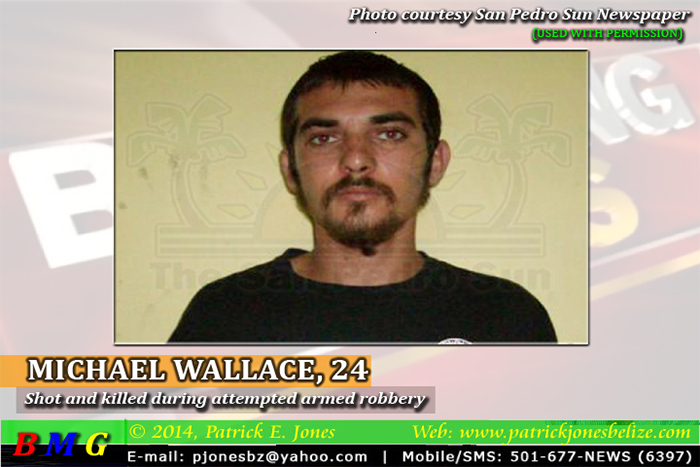 The victim/alleged armed robber, whose body was found this morning in the DFC area of San Pedro town, has been identified as 24 year old Michael Wallace.

According to reports, Wallace, an unemployed resident of the San Juan area of San Pedro town, was one of three men who attempted to rob 24 year old Kirian Azueta.

Azueta told police that he was returning home around 10:30 pm on Sunday when he was accosted by three men.  One of the men stuck a gun in his face and fired a shot, but fortunately missed Azueta.

Azueta fought back, using his licensed firearm to return fire. Police visited the scene of the crime and found a sweater and a warm cap. But it was not until Monday morning that authorities were summoned back to the area where Wallace’s body was found near the entrance to Azueta’s property with funshot wounds to the chest.

Police say they also found a 9-millimeter pistol next to Wallace’s body.

Authorities say that with the help of the communitypolice they were able to apprehend a man who is believed to have been a part of the trio that attempted to rob Azuea.

The suspect in custody has been identified as 44 year old Timothy Carcamo, a resident of the San Juan area of San Pedro town.  Police are looking for the third suspect as their investigation continues.