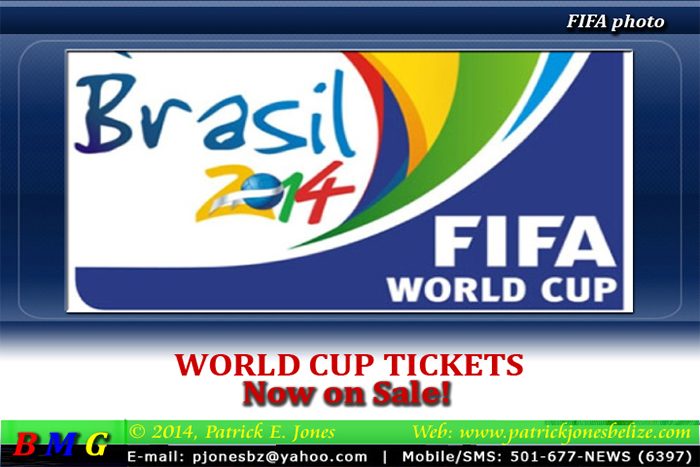 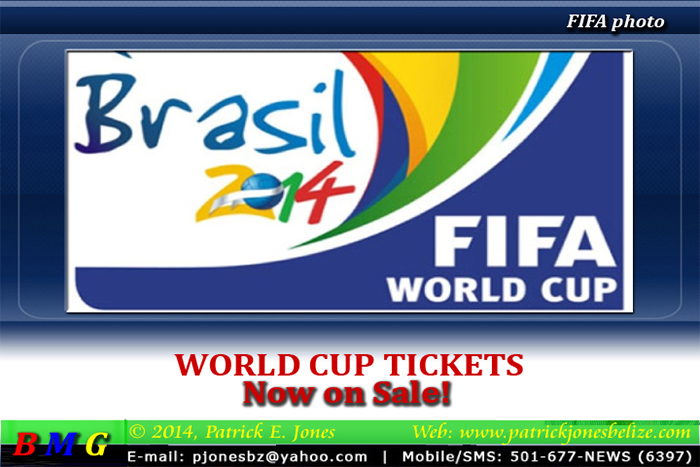 By Aaron Humes, Belize City – A press release from the Football Federation of Belize (FFB) confirms that tickets to the 2014 World Cup in Brazil are now on sale through its office.

Belize’s rooting interest ended all the way back in the second round of qualifying but fans of Brazil, Argentina, England, Germany, the United States and the other 27 qualified nations who can afford the plane trip to South America are asked to write the Federation’s office in Belmopan before midday Monday, February 3, 2014.

Make sure to send scan passport information of each person requesting a ticket, and which matches you want to see, as there are 13 venues listed to participate.

The tournament begins in June.