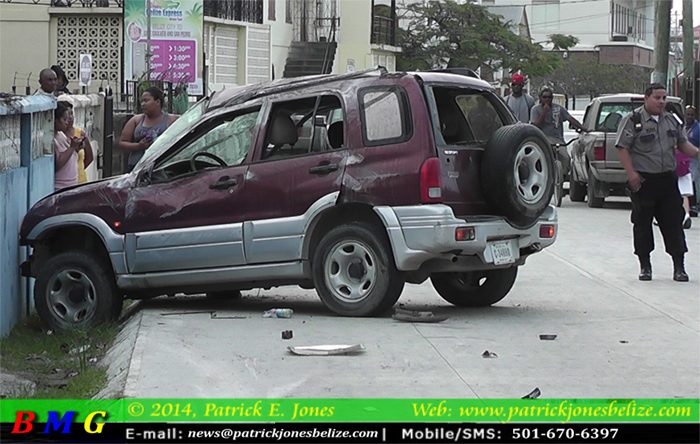 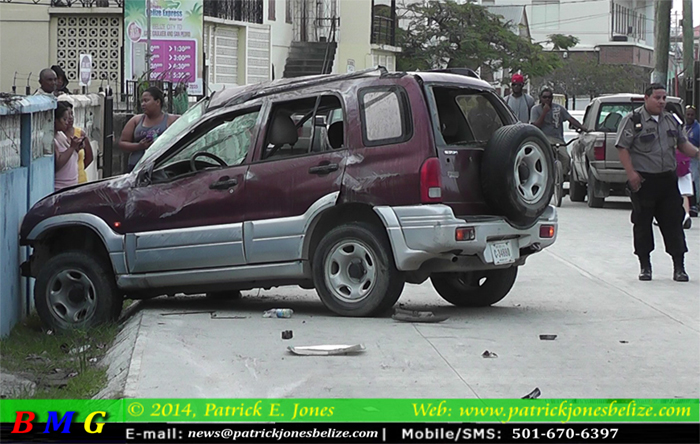 Police are investigating a traffic accident occuring near downtown Belize City this morning.

Around 7:00 a.m., a black Mitsubishi pickup, license plates BZ-C-27737, was parked behind a red Toyota 4Runner, license plates BZ-C-36341, on North Front Street in the vicinity of Marelco Limited when its driver tried to come out of the parking space to enter the street.

The driver was looking into his rearview mirror, presumably for oncoming traffic, but then felt a sudden impact. 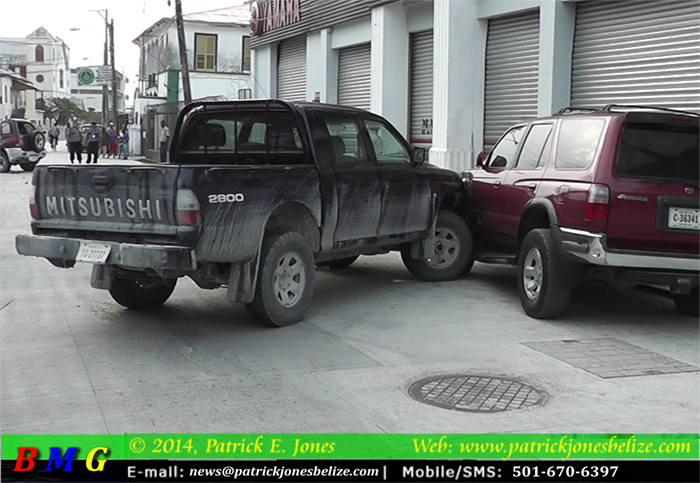 The pickup had apparently been hit by a Toyota RAV4 being driven by officers of a prominent local security firm.

The RAV4, eyewitnesses we spoke to say, flipped as many as 2 or three times before it crashed into a nearby fence.

The officers in the vehicle complained of back pain but otherwise there were no serious injuries reported.

An eyewitness said they overheard a telephone conversation by the driver of the RAV4 which suggests that he was not paying attention to the road, either looking at his phone or texting at the time of the incident; however, this is not confirmed.