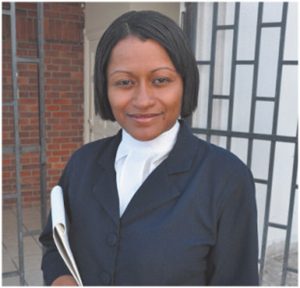 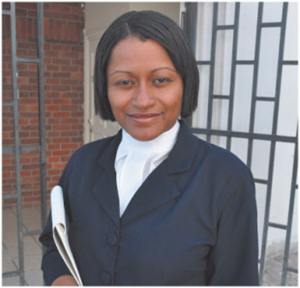 This evening Director of Public Prosecutions Cheryl-Lynn Vidal responded to our remaining queries from Friday with regard to Reynaldo Verde, the tax supervisor who alleged he was framed by someone planting a firearm in his yard.

While that case is being reviewed by her office, she has confirmed that the case filed against Verde in San Pedro last April was discontinued at the request of the complainant.

On March 31, 2013, Allen Martinez, 29, was involved in an altercation with Verde which resulted in his firearm being discharged. Martinez sustained a shattered pelvis and Verde was charged with attempted murder – for the second time – and dangerous harm.

But Martinez’s injury was later classified as wounding, and so no longer threatened the life of the victim which is the threshold for dangerous harm and attempted murder, so Verde faced trial for wounding.

Martinez visited the DPP’s office and indicated he did not wish to proceed with the charge, but he was told that the matter would not be discontinued and that trial should commence. When he repeated his desire not to press on, the Magistrate dismissed the charge.

The DPP says that it is not a matter they would revisit as the complainant and the court have already made their decisions.

On the matter of “special treatment” for Verde during his house search in January, the DPP referred us to Friday’s statement which in effect condemns any such treatment as not being equal for all Belizeans.

And on the famous Section 54 of the Summary Jurisdiction (Procedure) Act invoked in Friday’s sentencing of Gino Peck, which according to the DPP some have characterized as a “surrender,” it was no such thing.

Faced with the request to suspend the mandatory minimum sentence by Senior Counsel Simeon Sampson and the court’s determination to give the sentence and set immediate release on bail, the two conferred at the advice of the court and here was where the DPP indicated, in her words, that she had not been able to find a section that empowered the magistrate to suspend a sentence of that nature, but that she had looked at Section 54 of the SJ(P)Act and thought that it was at least arguable.

Sampson and Ellis Arnold received copies of the section and a discussion as to its application ensued, where DPP Vidal informed that she did not have a firm position on the matter as she had not gotten an opportunity to research it.

As for its origin, the DPP said she had previously been concerned with fines being issued for sexual offences and had proposed the inclusion of a section nullifying the broader provisions of Section 54 of this Act and Section 164 of the Indictable Procedure Act to keep Magistrate and Judges from imposing fines in lieu of imprisonment.

The Summary Jurisdiction Procedure Act has been amended with Section 53B which says, “Notwithstanding any law to the contrary, the penalty of a fine shall not apply to proceedings in relation to offences under this Part“.

But the DPP indicates that the Chief Magistrate chose to assume jurisdiction under Section 54 which it was her right to do if of the view that it applied, with no submissions or arguments in favour or against presented.

The DPP says, “There are many views being expressed on whether or not the Section can be invoked in this type of case and I believe that this is an issue that will only be resolved when there are full arguments before a Court.

That day, I imagine, will come either at the hearing of Peck’s appeal, or if the next person convicted of such an offence prays the Section in aid.”