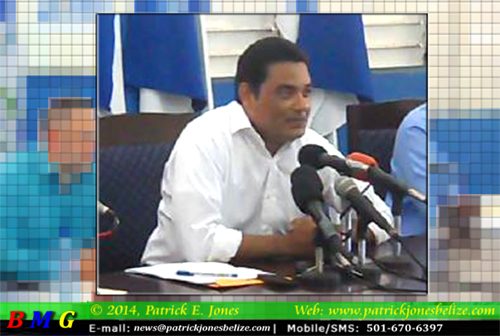 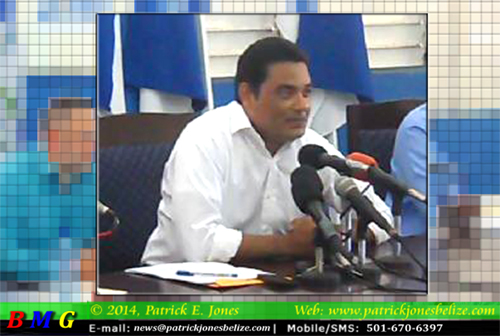 He spoke for 20 minutes attmepting to justify his actions, but did it work? Not for the PUP, whose leader Francis Fonseca today said they were restricted under House procedure rules from replying once the Minister got up to speak.

Today, the PUP leader made the response that he and the Party couldn’t make in the House on Wednesday, and in short they are not impressed with the Minister of State.

According to Fonseca, Castro got it wrong when he suggested that he was being blamed for the 76 cheques made out to his and various other interests by the Belize Airports Authority, as quite a few were not written to Castro personally, but to persons connected with him. He added that Castro had no defense for any of the charges laid against him.

The Airports Authority, Fonseca went on to say, has only offered explanations for two of the cheques issued to entities not related to Castro: Bowen and Bowen, though that was to pay for beverages at a Belize Rural North function, and the Dental Clinic cheque for a family relative of a Board member to receive dental care.

Fonseca says the PUP is sympathetic about the coverage of funeral expenses for Castro’s mother.

The PUP leader recently lost his own mother, but it is still no excuse for the Minister of State, as that is not, Fonseca said, what the Authority is there for.

Castro’s United Democratic Party appears to be in no position to drop the Rural North representative, whose vote they need in the House of Representatives for close legislation.