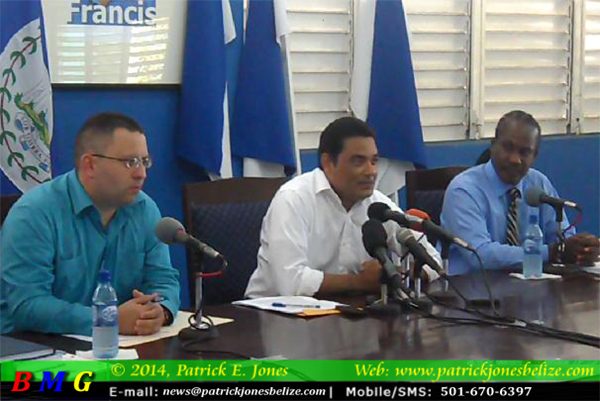 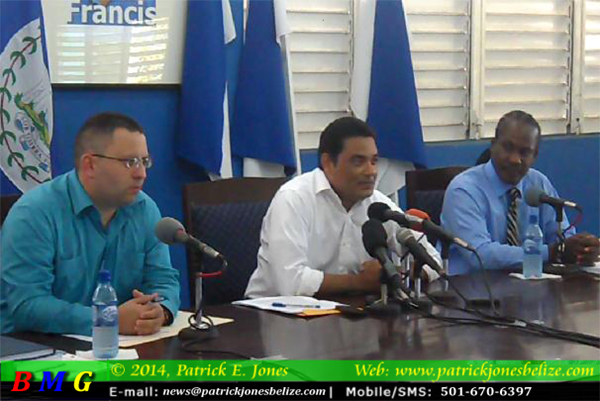 AARON HUMES Reporting: The outcry over the Firearms (Amendment) Act and attendant legislation has reached the House of Representatives, where Minister of National Security John Saldivar indicated that the Government is taking action.

To give an assist, the People’s United Party (PUP) today presented some proposals for amendments to both the Firearms and Crime Control and Criminal Justice Act at a press briefing today in Belize City, in addition to some mentioned during the House meeting.

Musa questioned the necessity of classifying all gun-related offences under the Firearms Act as not subject to bail, as the majority of them, in his view, were “not serious and not relevant.” He proposes to amend the Crime Control Act, Chapter 102 of the Laws of Belize, by removing the subsection 2 (i) of Section 16 that lists offenses for which one shall not be granted bail, and replacing it by referring to Section 3 (i) of the Firearms Act and adding a provision that persons charged under subsections (b), (d) and (i) of the Section – that is, for robbery and aggravated assault with a firearm and keeping unlicensed firearm and ammunition – be allowed to present to the court in writing notice of special extenuating circumstances for consideration of bail. According to Musa, a proviso in the law will allow Magistrates jurisdiction to grant bail even on the three restricted classes once it is proven, in writing, that there are “special extenuating circumstances,” such as minority, pregnancy and others.

Musa also took Saldivar to task for suggesting that the drop in crime last year was a result of the work of the act, arguing that firearm-related crimes have risen steadily since the act was implemented, as have what he called “extra-judicial” killings and other circumstances. He also pointed out that while the PUP has been meeting with activists on the ground like Citizens Organized for Liberty through Action (COLA) who are challenging the gun law, the Party does not want to steal their thunder.

The PUP’s legal advisor, Anthony Sylvestre, hit out at the penalties prescribed by the amended Firearms Act that remove jurisdiction from the Magistrate or Judge, citing a recent Caribbean Court of Justice decision that rendered similar sentences unconstitutional. The current act mandates minimum prison time of five years, maximum ten. The proposed change is to Section 32, substituting the phrase “is liable” to indicate the magistrate’s discretion, and setting maximum terms at five years for a first offence and seven for second and subsequent offices. The Party intends to submit its proposals for the relevant authorities including the Ministry of National Security and the DPP’s office. Fonseca told us that personal responsibility remains necessary and that the Police Department should consider incorporating a formal education program on uses and responsibilities of firearm, though Sylvestre added that there is no substitute for proper laws.

And what of Section 54 of the Summary Jurisdiction (Procedure) Act, used in the fairytale ending of Corporal Gino Peck’s case last week? Fonseca said this too needs to be looked at and agrees with Director of Public Prosecutions Cheryl-Lynn Vidal that it is not clear if the section is in fact applicable, though Chief Magistrate Ann-Marie Smith assumed jurisdiction.

Those already affected by the law may have recourse to the courts, said Musa, and Sylvestre added that he has four cases in the pipeline for appeal which cite the unconstitutionality of the Acts.