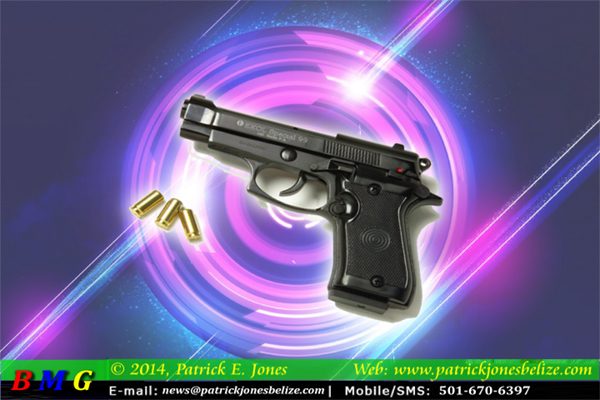 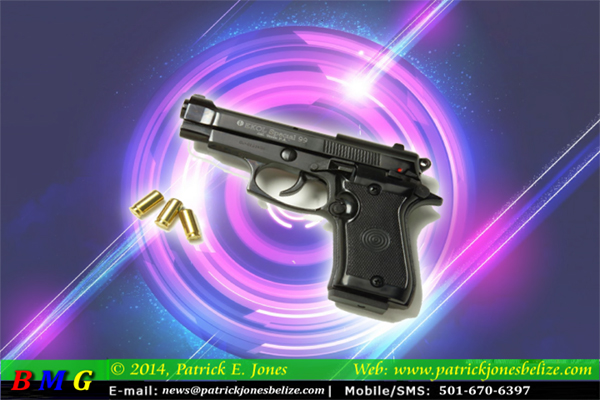 AARON HUMES Reporting: This morning there was temporary panic at the Brown Sugar Marketplace compound in Belize City after the sound of gunfire.

Fortunately, no one was seriously hurt but a French mother and daughter visiting Belize had their vacation soured when they were hit by the fragments of the discharged bullet from the 9mm pistol of 76 year old O.J. “John” Holden, the owner of Ocean Side Night Club on Caye Caulker.

Holden and a male friend were inside the compound and Holden was trying to pull up his pants, where he had the gun stored instead of his usual gun holster.

He dropped the firearm accidentally and the bullet discharged on hitting the ground as the safety was not on.

According to Assistant Superintendent of Police (ASP) Gualberto Garcia, the commander of Police Precinct 3 in Belize City, the fragments ricocheted and struck Holden’s companion and both women, identified as 44 year old Isabelle Fillinger, a legal officer for a major toys and games store group in Paris, France, and her 12 year old daughter, Lise.

Both women were given emergency treatment from Belize Emergency Response Team (BERT) personnel called to the scene but refused to go to the Karl Heusner Memorial Hospital.

Holden’s friend, not identified, sustained minor abrasions. We understand that the women have declined to pursue court action against Holden, but ASP Garcia says Police still have to go through a formal investigation.