Teachers are holding a peaceful demonstration in Belmopan 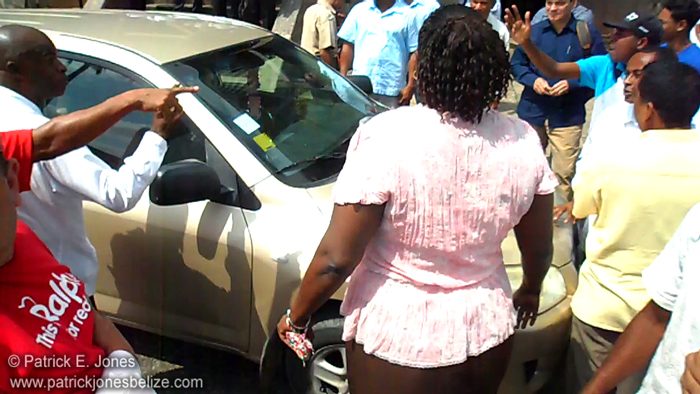 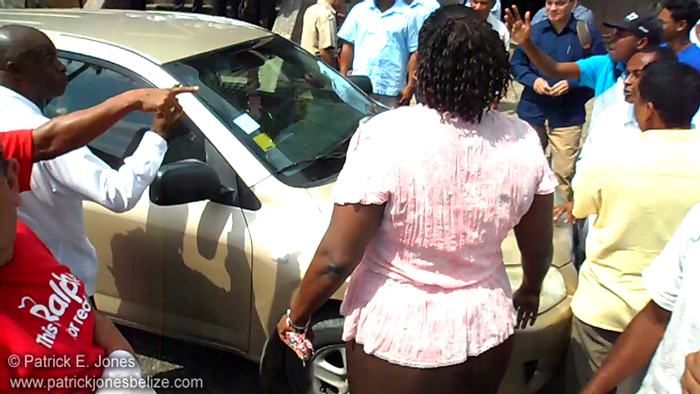 AARON HUMES Reporting: At the close of the House of Representatives meeting this afternoon, around 2:00 p.m., a fight broke out at the foot of the National Assembly between supporters of the major political parties.

Police had to intervene almost immediately to separate the groups of PUP and UDP supporters who were nose to nose.

It is not clear who threw the first punch, but a riled up Minister of Human Development Anthony “Boots” Martinez and PUP talk show host Vaughan Gill traded choice words while several others jeered at each other. 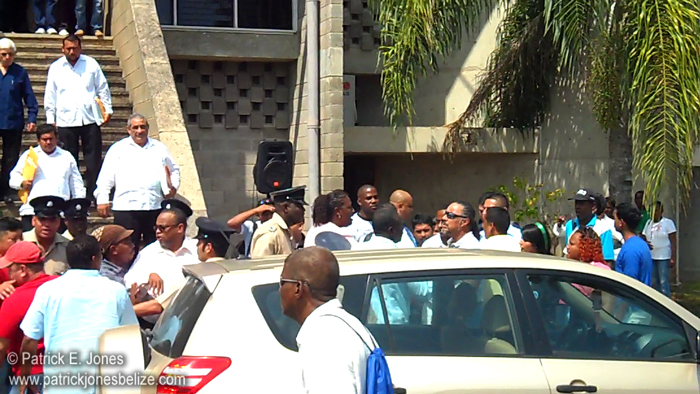 After a few minutes order was restored with both sides retreating but still shouting at each other.

In the House, Cayo South area representative Julius Espat had asked Minister of Natural Resources Gaspar Vega about a subdivision of land in Cotton Tree village along the Western Highway which had been subdivided into 254 lots for residents from Belize City, particularly the Port Loyola area.

Vega promised to do the same for residents of the village but noted that the residents from the City had no land of their own and it was agreed to provide land in the village.

There is no indication if anyone was arrested and charged.