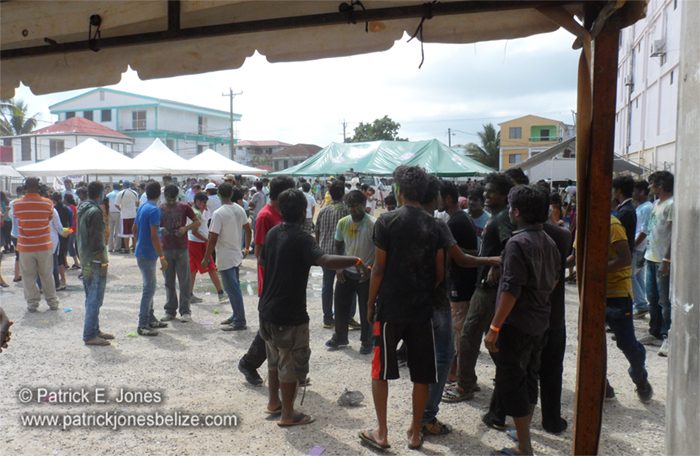 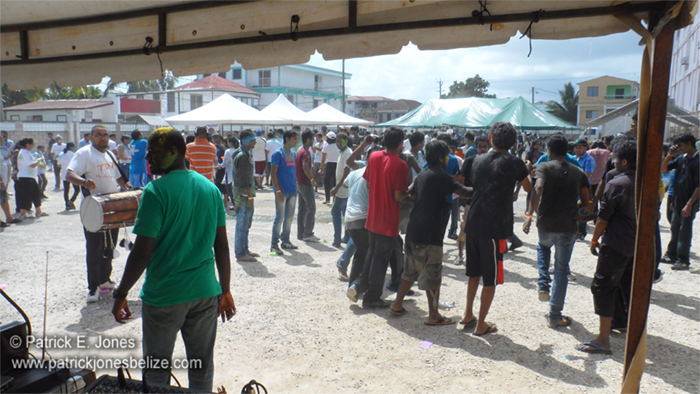 AARON HUMES Reporting: The actual holiday will not be celebrated until next week Monday, but Belize’s Indian community was not about to pass up a good time.

Today at the Downtown Plaza Parking Lot on Bishop Street it hosted a fair to mark the official observance of the religious holiday Holi, or the Festival of Colors.

It is observed annually on the full moon closest to the vernal equinox on March 22.

Also known as Phagwa or the Festival of Colors, it marks the end of winter and the start of spring time and also for devout Hindus, commemoration of the triumph of good over evil. 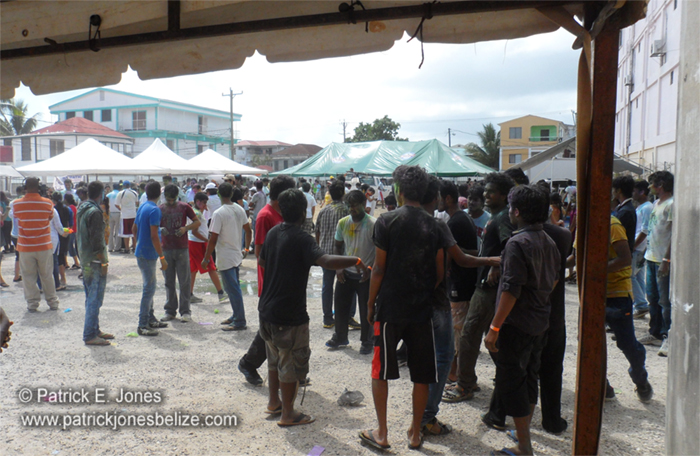 A bonfire is lit on the eve of the festival and on the day itself revelers daub brightly colored powder on anyone who passes by, then showers them with water.

There is also much music and dancing. Typically observed in India and other countries of the Indian subcontinent, the festival has spread west to Europe, North America and other places with large concentrations of Indian immigrants.

Local Indian community president Dinesh Bhojwani says they hope to make this delightful celebration an annual occurrence, as Belize’s Indian community grows due to an influx of students of the local medical university in Burrell Boom and merchants to be found in downtown Belize City.

We are told that this is the first large-scale celebration here and it represents a fresh start for Hindus, as they put away the past year and look forward to something new.