View The Results of The 2014 Belikin La Ruta Maya 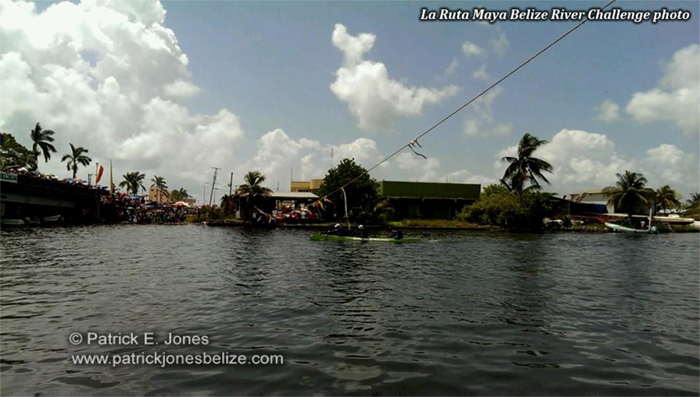 PATRICK E. JONES Reporting:  The winners in three divisions of the La Ruta Maya Belize River Challenge have been officially announced by organizers of the event.

The race started on Friday morning underneath the historic Hawksworth Bridge in San Ignacio/Santa Elena on the Macal River and ended on Monday afternoon underneath the BelCan Bridge in Belize City.

In the Female division, Koop Sheet Metal took first place, with a total time of 19 hours 26 minutes 45 seconds.  Coming in second was Peace Makers with a time of 19 hours 42 minutes and 20 seconds.  Third place was Serve the People with 19 hours 51 minutes 29 seconds.

The grueling 4-day race began in 1998 and was the brainchild of Richard Harrison with support from the business community. About 30 teams took part in the inaugural race and 16year later, the number of teams entering has more than doubled.