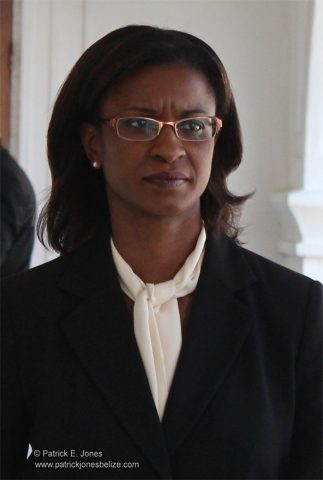 AARON HUMES Reporting: Madam Justice Shona Griffith was sworn in today as a Justice of the Supreme Court by the Chief Justice Hon. Kenneth Benjamin.

She was a Senior Magistrate with the Belize Magistracy for a little over 2 years.

The Guyanese national has 15 years’ experience as an attorney.

She holds an LL.M. which she obtained from the University of London and graduated from Hugh Wooding Law School in Trinidad.

The complement of judges of the Court including Chief Justice Benjamin now stands at nine, five in the Criminal Division including temporary justice Antoinette Moore and four in the Civil Division.

To date Justice Oswell Legall, who left Belize on the expiration of his tenure after two bombshell rulings last April, has not been replaced.