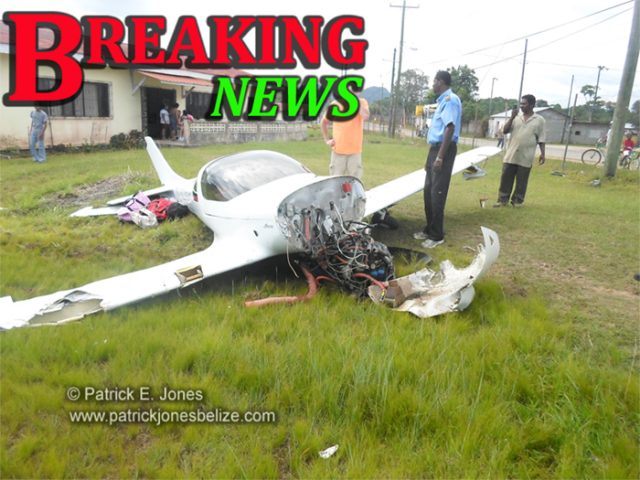 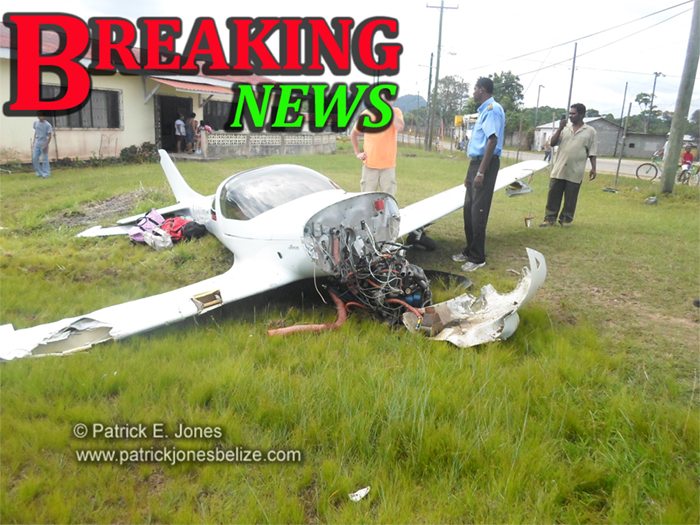 JUAN CAAL Reporting:  A small plane has crashed at the airstrip in Punta Gordao town.

A man and a woman were on board.

Reports say that the small plane with the number N192LC emblazoned on its fuselage, landed at the Punta Gorda airstrip around 3:15 pm.  The origin of the flight is not yet known. 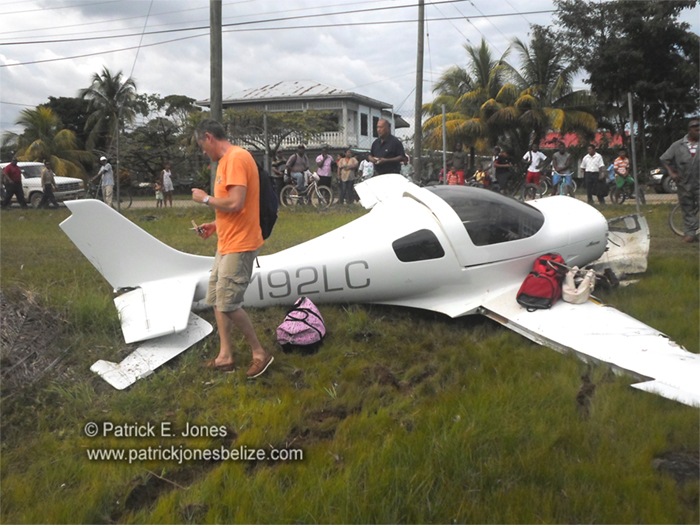 Preliminary indications are that the pilot tried to take off after touching down, when the plane clipped a nearby post, the engine burst into flames and landed on the Ministry of Works compound.

A part of the fence was torn down.

Eyewitnesses at the scene say that the pilot appeared unhurt, while a woman with him, believed to be his wife, appeared to have suffered only minor scratches and bruises.

The couple declined comment to correspondents on the scene.

It is not yet known what caused the plane to crash.  Our correspondent says that at the time of the incident the weather was good and the sun was shining.

Following the plane crash, a crowd of about 50 people, mainly residents of the area surrounding the airstrip, gathered to watch what was taking place. 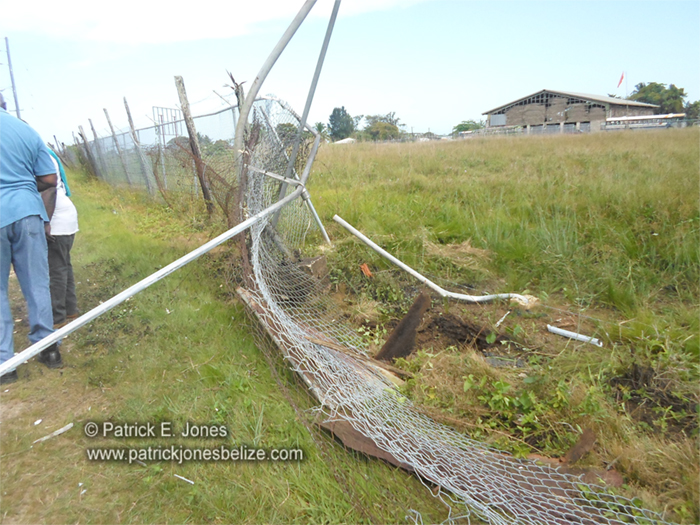 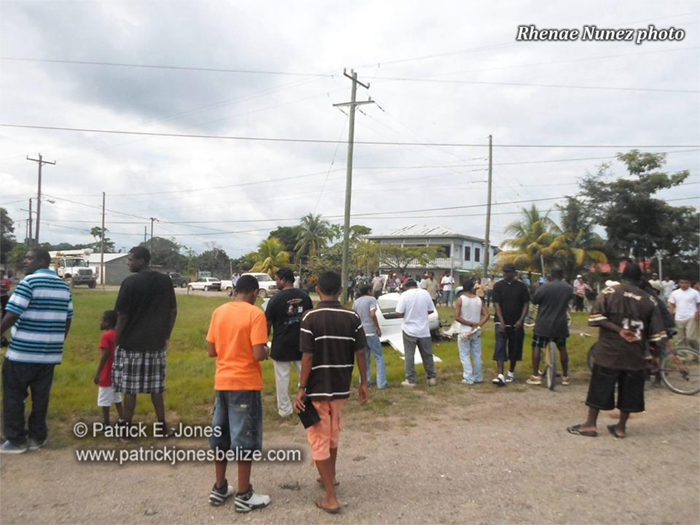 More information has been coming in about this afternoon’s crash of a single-engine plane at the Punta Gorda airstrip.

Information received says that the crash happened around 2:30 pm today.

The occupants have been identified as American nationals Michael Pierre Bogacz 52, and his wife Jennifer Sobre, 35.

The police in PG have not released any  official information as yet; but confirmed sources say that Bogacz was unhurt in the incident, while Sobre suffered minor injured and received medical treatment at the Punta Gorda hospital.

The 1991 Covington Kenneth A Lancair 320 plane, clipped a post near the airstrip in PG as the pilot attempted to take off after reportedly landing on the runway.

An online check of the plane’s tail number shows that it a Corporation in Dover, Delaware, USA.

The Flight Ware website lists the plane’s airworthiness as “experimental.”