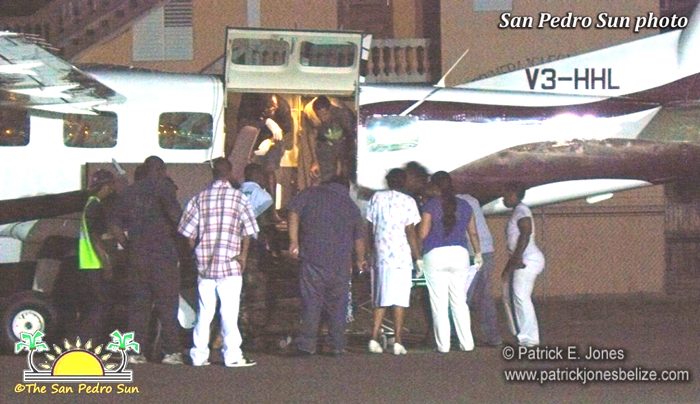 Victor Garnett being prepared for airlift to Belize City 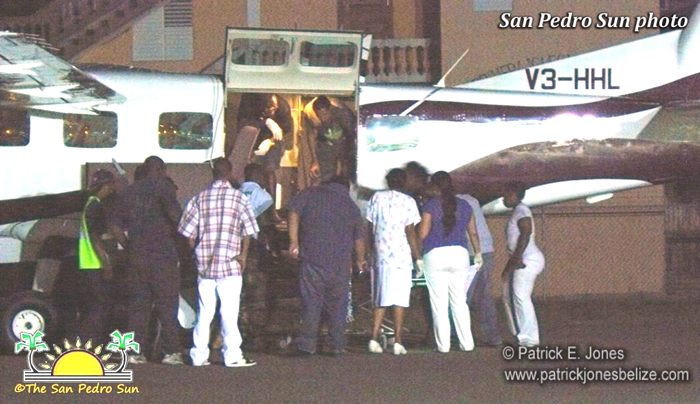 Victor Garnett being prepared for airlift to Belize City

PATRICK E. JONES Reporting: A shooting incident just before 9:30 last night in San Pedro town has left one man injured. The victim has been identified as Victor Garnet.

According to reports, Garnett was shot multiple times and sustained injuries to his abdomen.

He was first treated at the Otto Rodriguez Polyclinic in San Pedro town then airlifted via Tropic Air to Belize City where he is not undergoing treatment at the Karl Heuser Memorial hospital.

Police are investigating the shooting on incident and have so far collected at least 7 expended shells from the scene of the shooting Laguna Driver in the Boca del Rio area of San Pedro Town.