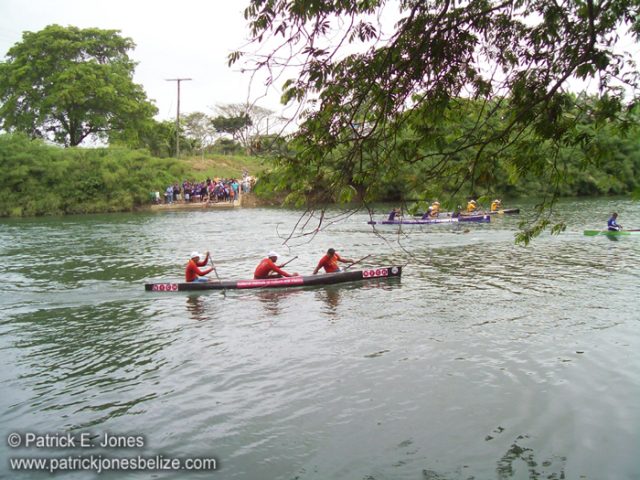 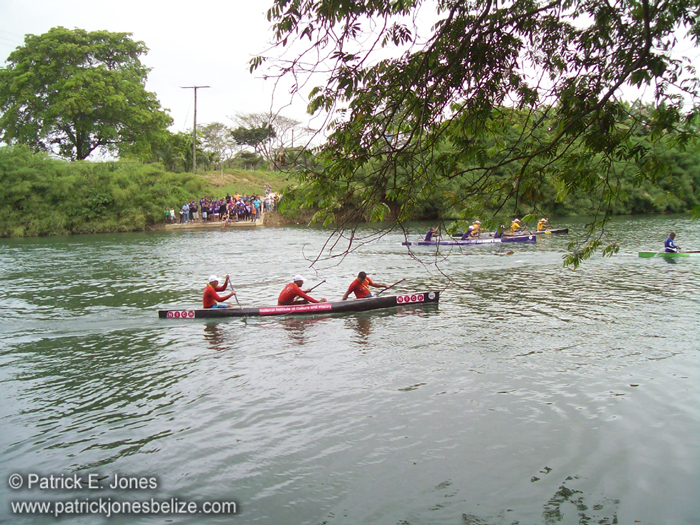 The first event was organized in 1998.

I had dreamed up four ideas for the launching of VIDA purified water, as part of my plans to grow the Big H brand from a regional business and place it on a national stage….with focus on promoting the natural, healthy beverage products that we had in mind to extend our product and market range. My brother Big-h Juices liked this idea more, so we went with it. We wanted a grueling adventure event that would showcase the natural beauty of Belize and our healthy products…with potential for attracting international interest.

The first persons I went to was John and Martha August….owners of Marthas Kitchen. John is the son of Peter August, one of my dads best friends and compadre, both involved in the organization of very big horse racing events in San Ignacio in their time. Martha is my cousin….and their restaurant and guest house was the bee hive for tourists in downtown San Ignacio, where river canoeing tours had already sprouted. They loved the idea instantly….and promised to help in whatever way they can.

They then introduced me to David Simpson…who had started a small DAVIDS river canoing and caving tour operation….and Dave introduced me to Tony’s, who was also doing some canoe rentals and tours. These guys had grown up on the river and had a lot of knowledge of the Cayo district river….but we needed organizational and leadership skills as well.

At the time, my best friend was Alejandro Habet….who managed Pepsi Cola Belize…and he at once agreed to assist with seed money of $3,500….with the agreement that only Pepsi and Carib beer products would be sold (Pepsi was agent for Carib beer in Belize at the time), along with Big H products, at the various points along the race. We decided to go meet with Rene Villanueva Sr and Jr to draft them into our plans, as a major event needs a powerful media machine….and we chose their annual Love FM Valentines party at BTL park. Their eyes almost popped out of their heads….and they instantly agreed to come on board…and for the power of Love FM to be used to promote and broadcast the event. This was very instrumental in the building of this event.

John August then took me to meet Peter Pacz…an ex-British soldier that had married a Cayo-gial and returned to Belize and started a guest house and PACZ TOUR operation in San Ignacio. He agreed to help, and he took me to meet Mike Green, an American ex-pat who worked for the San Ignacio Hotel at the time. Mariam Roberson of San Ignacio Hotel agreed immediately to help, and to support Mike Green’s activities in our committee…and to attract other tourism interest in the event. Both these men were very instrumental in putting together the rules, safety and logistics for the event. Along with them, we coordinated with Michael Waight from Snooty Fox, Tony, Preck Preck, Pim, Clifford Sabala and David Simpson…to do a trial run of the entire course to see if it was physically possible and measure distances with GPS…and to scout the course for obstacles, dangers, etc. I went by road scouting for spots along the river that provided the best places for stops along the way…of the options, I decided on working with John Carr at Banana Bank, Mr Russel at Bermudian Landing, Ms Judith Fuller at Burrel Boom and to end the race at Belize Swing Bridge, with a big closing party at Baron Bliss grave site by the Lighthouse. We sent follow up teams to clear the course of debris and to place red flags in areas we considered dangerous and where participants would need to exercise extra caution. Luis Garcia, who had organized a canoe race the year before from Succotz to San Ignacio, also came on board with his local radio station.

After attending a meeting of BTIA Cayo at Windy Hills….and hearing of their interest in enhancing the “tourism experience” by way of events-based activities…..I created the concept upon which the event would be hosted….a community participatory event based on three pillars (1) ecology and environmental awareness (2) culture and history of the Belize Old River (3) tourism development. This would make the event “more than just a race”, bringing a wider range of interests to the table…which would allow it to survive long into the future, unlike the cycling events that focused more on racing and were in decline. This event would revive the Baron Bliss holiday that had almost disappeared…at the time it was simply another day off from work, with no organized community activities….similar to how Labor Day and PanAmerican Day still are.

All this while, I was approaching private business owners to sponsor the event…by way of providing station prizes along the race route in return for promotion of their business on Love FM advertising….and enlisting donors/service providers to help with key aspects of execution…Marthas Kitchen provided the breakfasts…Running W the lunches…and the camp site hosts would organize the dinners along with their local providers. The British Army and BDF agreed to support with referees and logistics support….the Belize Scouts with clean up….the Belize Red Cross with first-aid…Jeff, an American, came every year for the race, to help with first aid and safety. Many small business contributed $100 to $300 for specific station prizes. We charged a $200 registration fee from the teams to help defray expenses. I wanted the event to depend more on a wide range of small Belizean private non-political interests…than a narrow set of big donors and politically-connected government contributions. That is what had killed many community events in the past…not in the least of which was the Baron Bliss Day harbor regatta, which had grown to depend on a single $50,000 per year subvention from government.

31 teams of three persons each participated in the first event. After listening to the exciting promotion and broadcast on Love FM, thousands came to the riverbanks to enjoy the race along the entire route. Glenn Godfrey got so excited by the time the event reached Burrel Boom, that he called me to offer a $1,500 station prize on behalf of his Belize Offshore, for the starting sprint on the third day, from Judith Fullers place to the Boom Bridge, where Glenn’s riverside property is located. Thus started the bigger private sponsorship contributions from all over. By the time we were racing from Manatee Lookout to Haulover Creek Bridge, I got a call from Mike Usher, who wanted to put a $500 station prize in honor of his dad at the location on the riverfront where their family was raised.

Entire families came out with their grills and ice boxes to enjoy the riverside and the event…kids would climb the trees to the highest limbs that swayed in the wind, to be on their “reserved seat” to watch and cheer the racers…even the howler monkeys joined in the cheers….many villagers organized cultural events and prepared local cuisine for sale…at one point, a young participant cramped up and his team mates left him in the river….he strayed and got lost in the swamp and bamboo…scores of villagers volunteered to search day and night for him…luckily he was found a couple days later dehydrated, injured and hungry….but safe. What a weight off our shoulders that was.

We partied in the night by fireplaces….slept under canoes….and woke with pain and fever from exhaustion…but we kept pushing on….with the help of many scores of people who appeared from nowhere to assist in any way they can. Even some of the spa’s sent their staff to give free massage to participants and organizers. Jeff the Medic helped bandage participants hands and butts…which in many cases was literally raw meat….since we started with old flat bottom canoes, Big H -juice crates for seats and minimum canoeing gear. All who worked at Big H gave freely of their time and effort in helping to organize and execute the event. The community spirit of Belize was awaken.

The entrance to Belize City was a most welcoming one….the BelCan, BelChina and Swing Bridge were overflowing with spectators….people filled every spot where they could reach the riversides…..every veranda on riverfront homes were crowed with cheering families….all generations were smiling for the same reason.

The Hobb brothers from Bullet Tree crossed the finish line under the Belize City Swing Bridge first and took home the Kinich Ahau (Maya Sun God carved out of exotic wood and donated by Benquenia, Martha Lara Lucero who worked for New Hope Furniture at the time) Trophy and thousands of dollars and other gift prizes.

Organizers, participants, sponsors and spectators and supporters had a big celebration at the kiddies park at the foot of the Baron Bliss Memorial and Lighthouse. The Baron must have smiled and puffed on his cigar.

It took us about a month from concept to execution….all those close to the event had come to know and appreciate “organizational power”……building with an efficient and effective institutional framework, with the various defined functions delegated to specific entities.

A few days after the event…Mrs Beth Roberson dropped into the Big H office and gave me a plaque she hand-carved out of mahogany, with two iguanas, my name and La Ruta Maya Belize River Challenge engraved on it.

© 2014 – 2017, BreakingBelizeNews.com. This article is the copyrighted property of Breaking Belize News. Written permission must be obtained before reprint in online or print media. REPRINTING CONTENT WITHOUT PERMISSION AND/OR PAYMENT IS THEFT AND PUNISHABLE BY LAW.