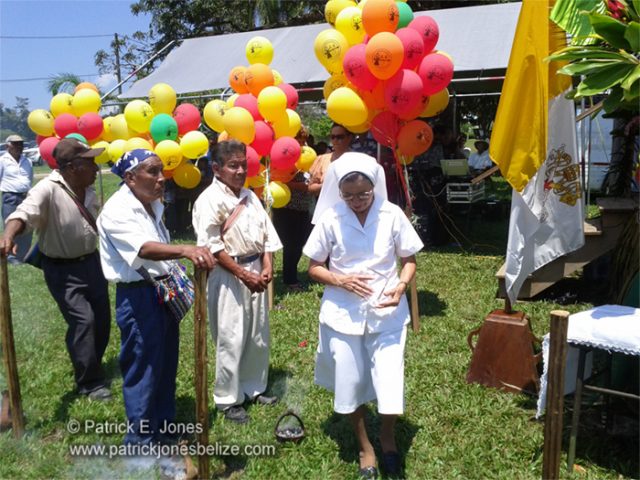 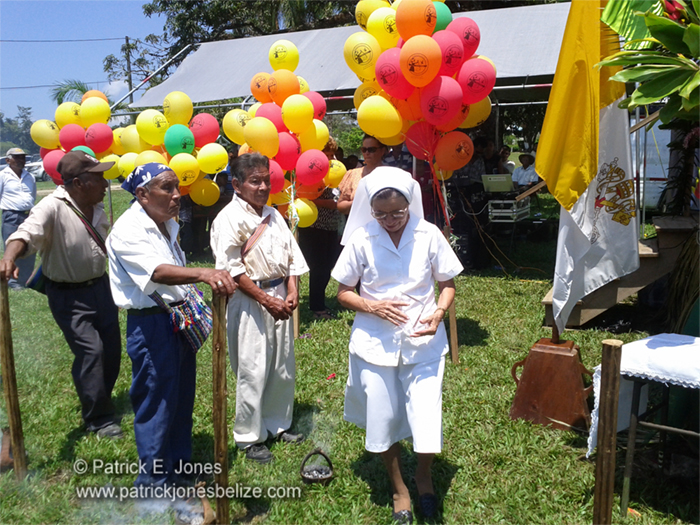 PATRICK E. JONES Reporting: Activities for the celebration of 100 years of ministry in Belize by the Pallotine Sisters culminated on Sunday, March 16 with a special Liturgical Mass.

Hundreds of members of the Roman Catholic Diocese of Belize from all over the country, traveled to Forest Home village, Toledo for the special festivities which were held at the Novitiate Nazarenth Convent. 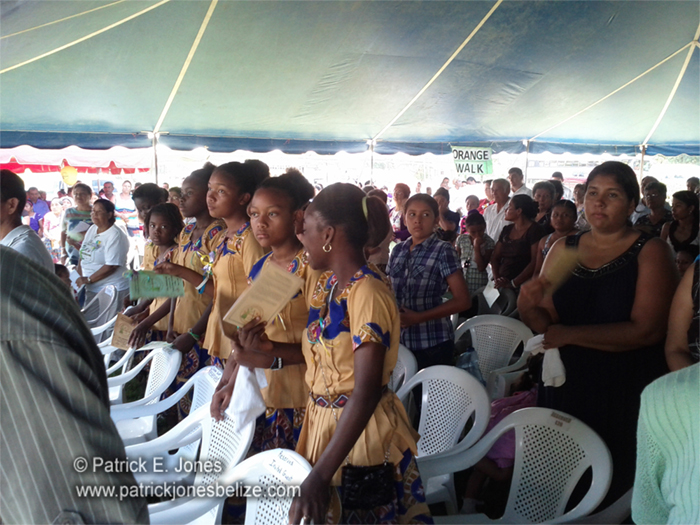 Part of the crowd at the Centennial celebrations Mass

In his Homily, Bishop Wright told the congregation of over a thousand fathifuls, that being on the mountaintop is beautiful; but one must come down from the mountaintop to face the reality on the ground.

Bishop Wright said that if Belize is to become the country that it should be, then we must all make the conscious effort to come down from the lofty heights of the mountaintop, and confront the challenges head on. 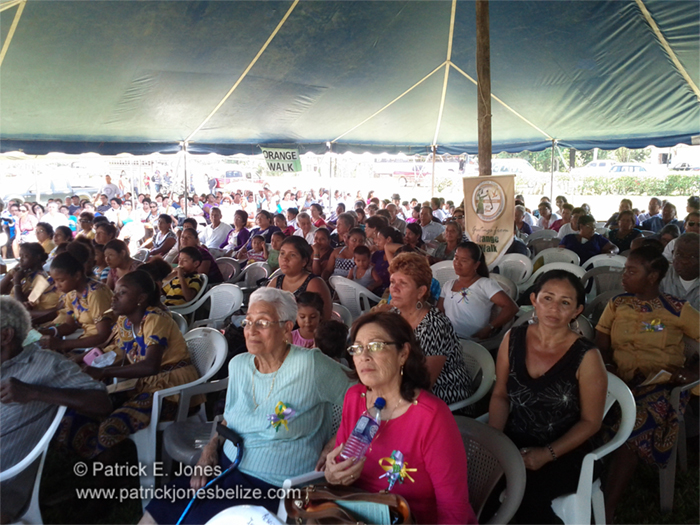 One of those challenges that Bishop Wright spoke about was the pervasiveness of dishonesty which has taken hold in Belize.  He encouraged all Belizeans to seek honesty, to embrace honesty and to live that honesty.

At the end of the Mass, hundreds of brightly colored balloons were released into the air, symbolically heralding in the new centennial of ministry by the Pallotine Sisters.

Sister Stephen Franco brought the Centennial Celebrations to a rousing end with a challenge to parents to train up their children in the right way so that one day, they too might decide to live a live of service in Ministry.

Sister Stephen said much work has been done; but noted that there is much more work still to be done and that work will not get done if we remain on the mountaintop. 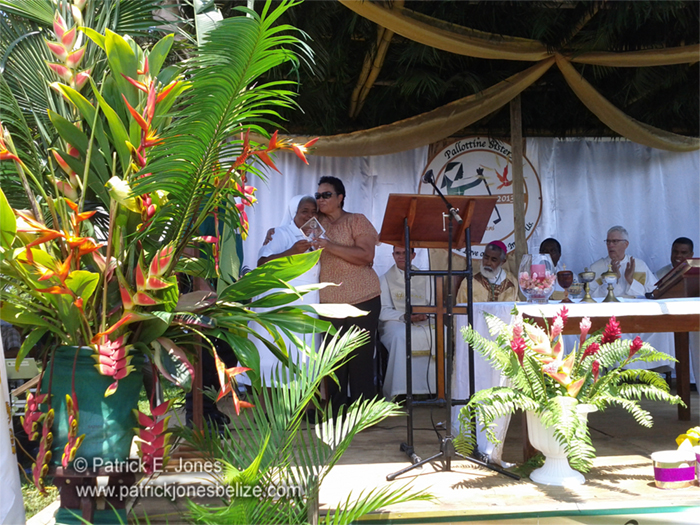