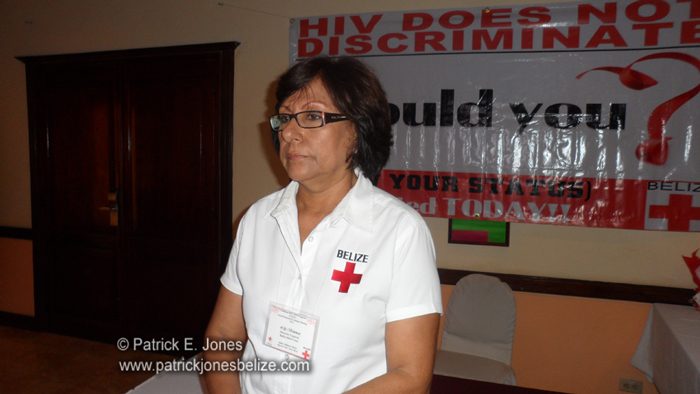 AARON HUMES Reporting: The annual meeting of the Regional Exchange for the Caribbean HIV/AIDS Program (CHAP) is being hosted in Belize.

The CHAP meeting seeks to bring together four Caribbean countries – Guyana, Haiti, Jamaica and the Bahamas – with their Belizean counterparts to discuss their experiences, challenges and best practices of promoting education and awareness on HIV/AIDS.

A delegation from the American Red Cross is acting as facilitators. Director General of the Belize Red Cross Society Lily Bowman says the local Red Cross looks forward to sharing its experiences with its Caribbean counterparts and learning how they cope with various challenges.

In related news, the Red Cross’ “Together We Can” program was one of several banned from working in Roman Catholic-managed schools.

We spoke with the Director General about this development and she explained that the Society emphasizes reaching out to all persons on key issues and remaining neutral on issues of difference.

The TWC program, says Bowman, is about giving people knowledge to have the power to effect behavioral change, and she says it is all about making the right choices.

As for how it responds to the Catholic Church, Bowman says the Red Cross will respect its views and withdraw from any Catholic school that expressly, per the mandate of Bishop Wright, refuses them entry.