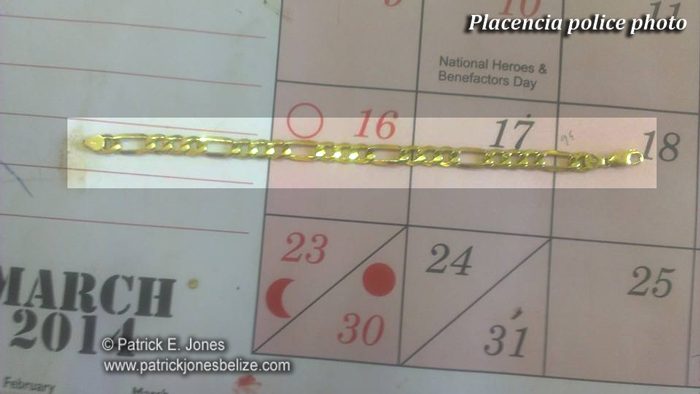 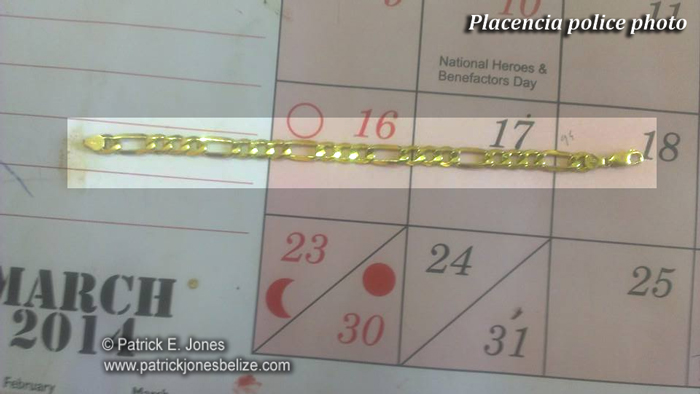 PATRICK E. JONES Reporting: Police in Placencia village, Stann Creek district continue to make progress in the investigation of a jewelry store robbery which happened in the month of February.

On Tuesday afternoon, police officers, acting on information they received, went to an area in Seine Bight village where the found another piece of jewelry that was taken in the robbery.

The piece of jewelry, which the police say is valued at $1,700 was in a small brown envelope.

Police say it was identified as one of the remaining pieces of jewelry that was taken in the February heist. Earlier this month police arrested and charged Seine Bight villager Lionel Vasquez for robbery in connection with the crime.

Prior to Tuesday’s recovery of another piece of the stolen jewelry, police had said that they had recovered $19,000 worth of stolen merchandise.

It is believed that four pieces of jewelry remain uncovered.