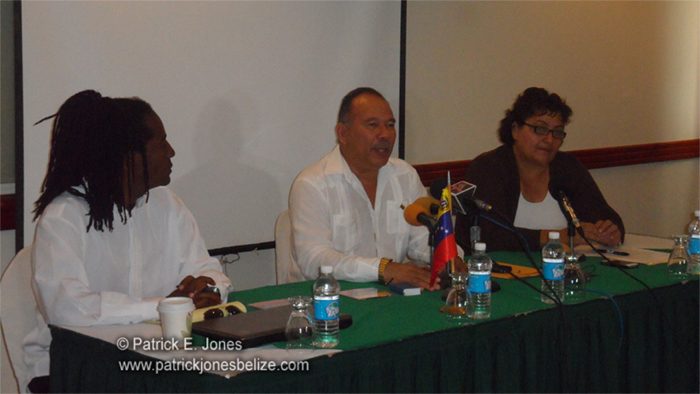 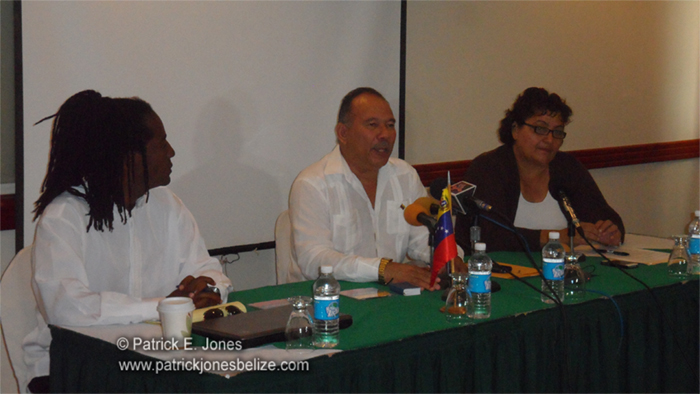 AARON HUMES Reporting: The ongoing political crisis in Venezuela has moved into a new phase where the incumbent Government of President Nicolas Maduro has asked for international dialogue, particularly with the United States.

This phase of the conflict was addressed today by the local Embassy of Venezuela, whose Ambassador, Yoel Perez Marcano, shared their appreciation for Belize and other Latin American countries’s support of their plight.

Ambassador Perez Marcano delivered a lengthy history of the problems leading to the current situation, dating back to the formation of the government of beloved leader Hugo Chavez in 1999.

Despite his temporary overthrow in 2002, Chavez, a socialist, instituted reforms based on using petroleum wealth to improve people’s lives.

This did not sit well with the elite of Venezuela, and with the help of the U.S. and others, says the Ambassador, revolutionaries like Leopoldo Lopez are attempting to overthrow the legally elected administration of his successor, Nicolas Maduro.

But the Ambassador says that the local Government has been able to contain the rebellion with a minimum of force and has opened a national dialogue on addressing the situation and wants the same with the U.S. But, he maintains, the Americans must respect Venezuela’s sovereignty.

While that is the official position, where the crisis most affects Belize is the continued relationship established under the Petrocaribe initiative – oil profits for national development.

Belize’s leaders have maintained they will not break the relationship and today Venezuelan ambassador Yoel Perez Marcano said they will not either, despite the best efforts of the opposition.

Ambassador Marcano went on to state that the opposition is especially interested in controlling the petroleum for themselves and stopping the PetroCaribe agreement.

He drew a comparison with the selflessness of the program instituted under Hugo Chavez and ended by once again confirming that the program would continue as long as the current government remains in power.