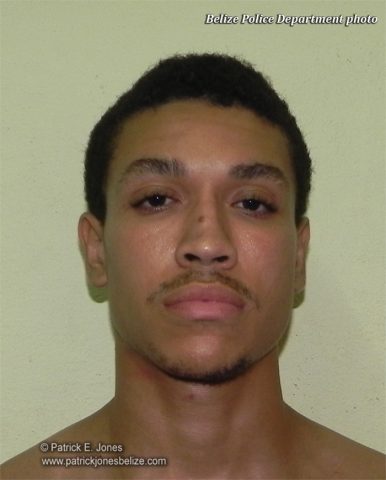 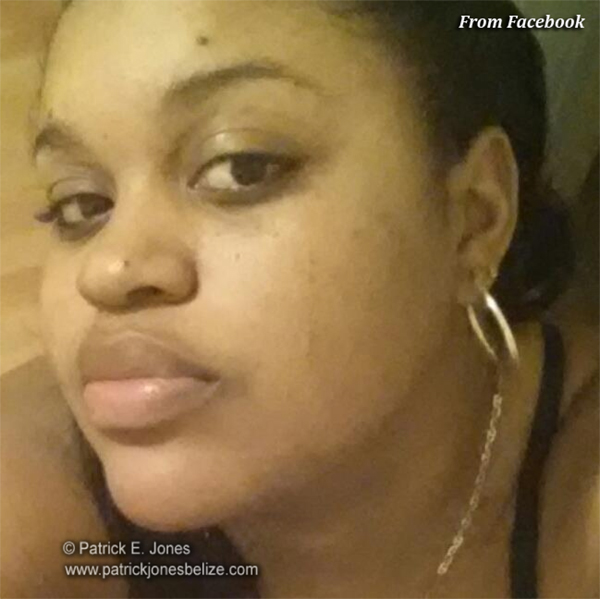 PATRICK E. JONES Reporting: The family of an 18 year old woman from San Ignacio has put out a statement to the pubic regarding the case of the murder of 24 year old Kayla Burgess.

The family of Faith Deuck has retained the services of attorney at law Audrey Matura Shepherd and in the media statement today stated that Dueck “is as much a victim of the accused 21 year old Vince “Vinnie” Garbutt.” 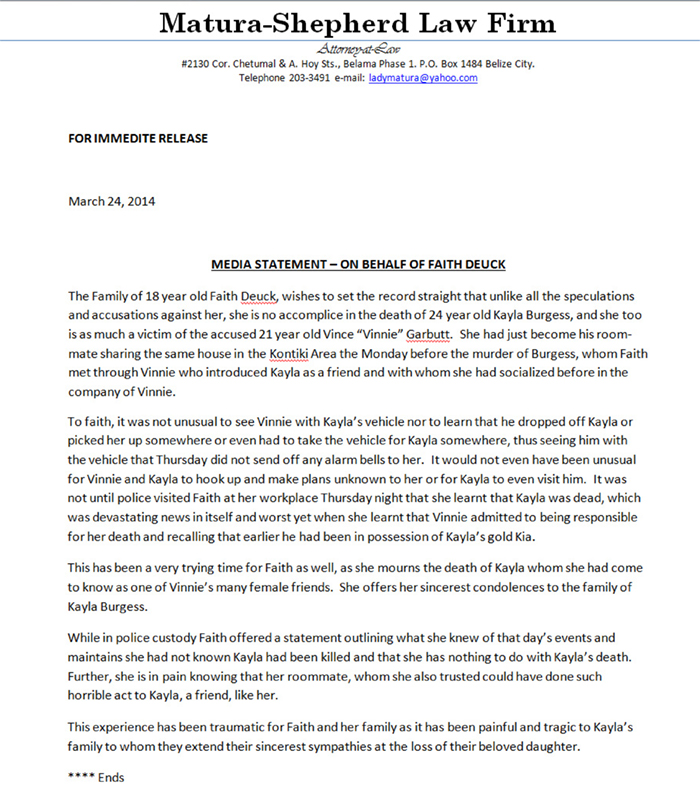 The one-page statement goes on to explain that Dueck had recently started to share a house in the Kontiki area and that she met Kayla Burgess through Garbutt “who introduced Kayla as a friend and with whom she had socialized before in the company of Vinnie.”

The Dueck family statement goes on to say that:

“To faith, it was not unusual to see Vinnie with Kayla’s vehicle nor to learn that he dropped off Kayla or picked her up somewhere or even had to take the vehicle for Kayla somewhere, thus seeing him with the vehicle that Thursday did not send off any alarm bells to her.  It would not even have been unusual for Vinnie and Kayla to hook up and make plans unknown to her or for Kayla to even visit him.  It was not until police visited Faith at her workplace Thursday night that she learnt that Kayla was dead, which was devastating news in itself and worst yet when she learnt that Vinnie admitted to being responsible for her death and recalling that earlier he had been in possession of Kayla’s gold Kia.”

Faith Dueck, in the statement issued through her attorney, “offers her sincerest condolences to the family of Kayla Burgess.”

“This has been a very trying time for Faith as well, as she mourns the death of Kayla whom she had come to know as one of Vinnie’s many female friends,” the statement reads. 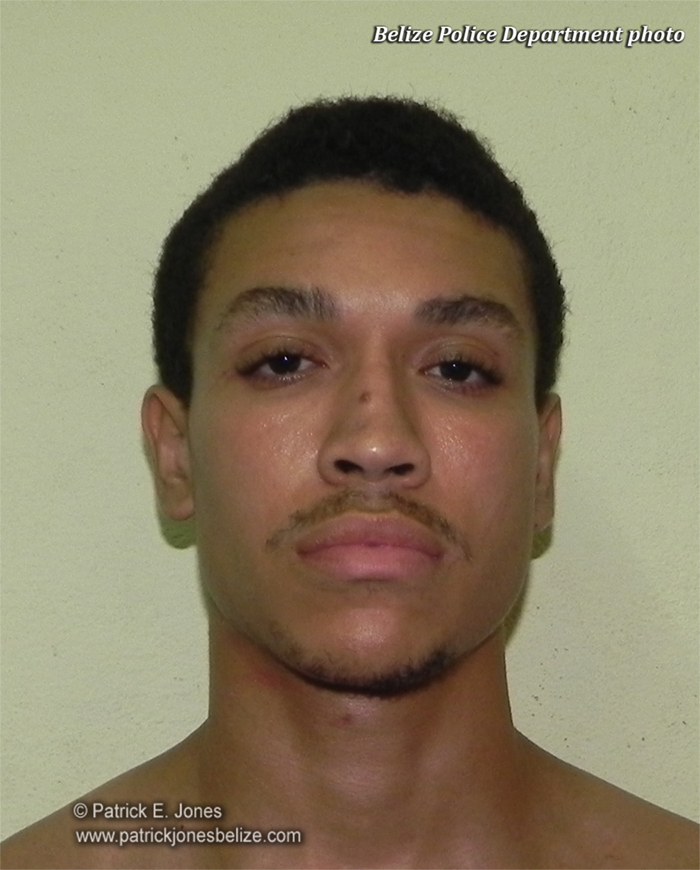 The media statement ends by saying that Faith Dueck has already given a statement to the police about what she knew of the events of last Thursday “and maintains she had not known Kayla had been killed and that she has nothing to do with Kayla’s death.”

The teenage woman says that “she is in pain knowing that her roommate, whom she also trusted could have done such horrible act to Kayla, a friend, like her.”

The Dueck family attorney says that they have requested their privacy, saying that neither Faith nor anyone one else from the family will be granting media interviews.

As we reported previously, Kayla Burgess, a resident of Independence village, Stann Creek district was found dead inside her vehicle that was parked near to a bar on the Santa Familia Road in Bullet Tree Falls village, Cayo on Thursday afternoon.

The official police report said that when authorities found Burgess’ body, she was “lying face up on the extreme rear of the vehicle with a plastic bag over her face and a white plastic strapped around her neck.”

The official police report further stated that a 21 year old man from the Kontiki area of San Ignacio town has reportedly confessed to strangling Burgess.

Today, the Police Press Office sent out a photograph of Garbutt, noting that he has been charged for the murder of Kayla Burgess.

The report from police says that Burgess was killed at Garbutt’s San Ignacio home and then her body was taken to Bullet Tree Falls village and left in her vehicle.

Garbutt, according to police reports, was observed with “scratches on the left shoulder, left side of chest, back, left side of face, neck ad right forearm.”

Police say that a search of Garbutt’s vehicle lef to the discovery of the keys to Burgess’ Kia Sorento.