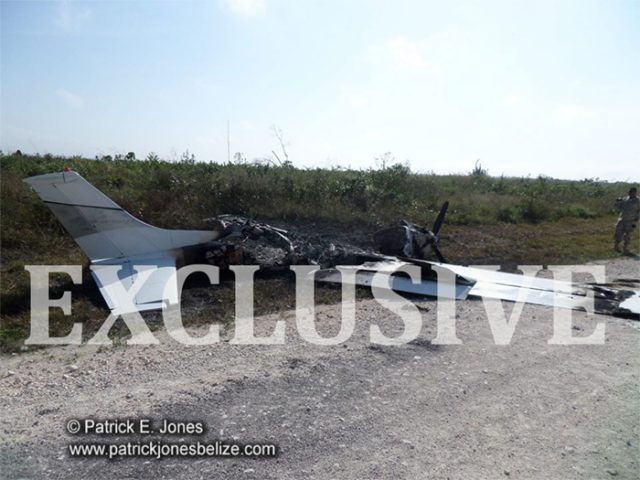 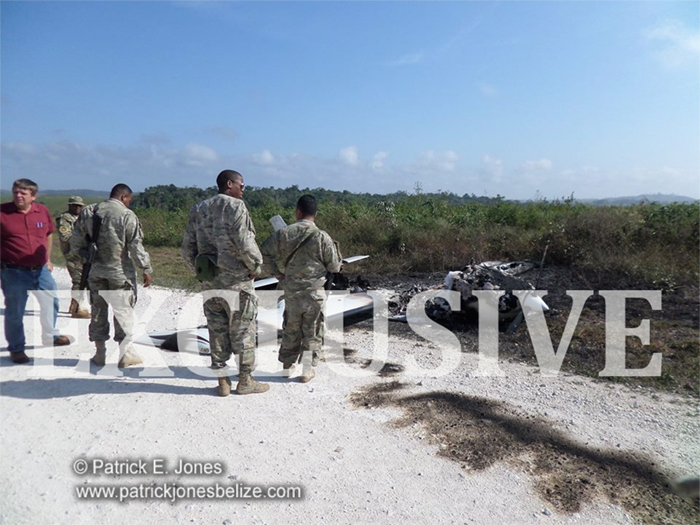 PATRICK E. JONES Reporting: A small plane has crashed in a remote area of the Cayo district. 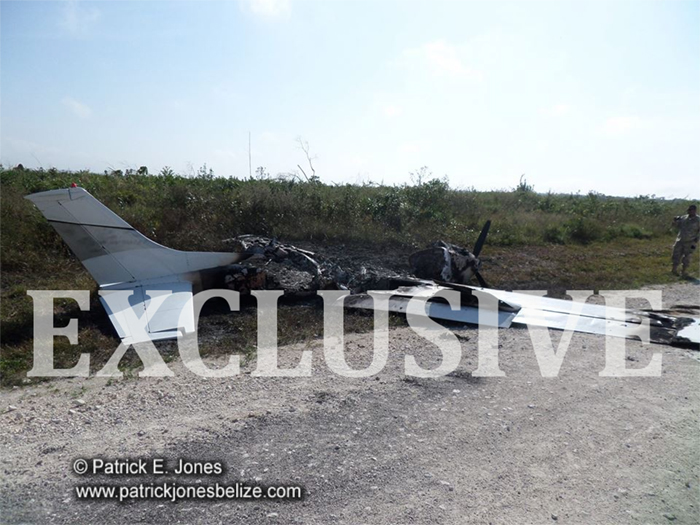 Details are sketchy and the police department is yet to release any information, but sources say the plance crashed early this morning in an area of northern Spanish Lookout.

It does not appear that anyone was hurt and whoever was in the aircraft at the time it came down, abandoned the plane.

It is not certain what the cargo on the plane way, but pictures from the area show the single-engine plane has been almost completely destroyed.

Members of the Belize Defence Force (BDF), the Civil Aviation Department and the police were observed on the scene, as were members of the Mennonite community.

More details will be posted as soon as they are confirmed.