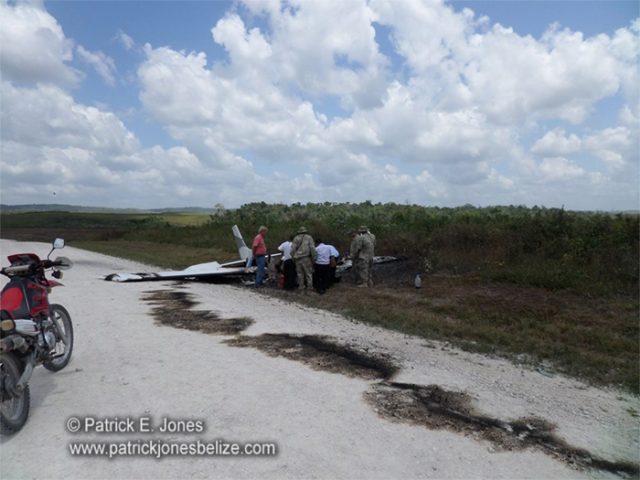 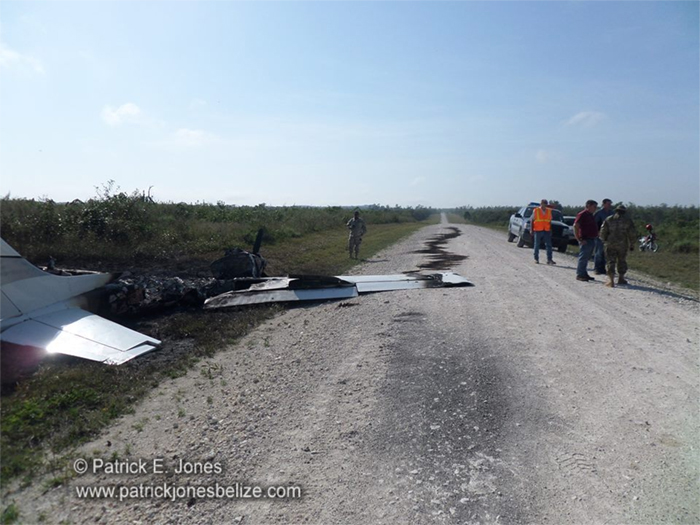 PATRICK E. JONES Reporting: The Belize Police Department has issued some information on the wreckage of a small plane that was found near Spanish Lookout on Tuesday morning.

Authorities say that the aircraft was a Cessna 6-seater.

While initially it was thought that the plane crash-landed, police say their initial investigation reveals that the plane was used to transport illegal drugs.

That would suggest, according to one source, that the plane may have landed, and then deliberately set on fire. 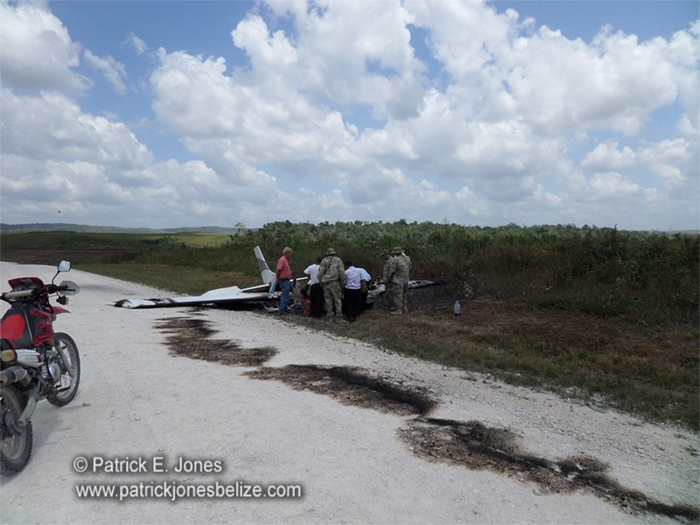 Pictures from the scene show that most of the aircraft was destroyed and only the tail section and a portion of the wings which did not burn remained.

The remains of the plane were located by authorities on a feeder road in an area north of Spanish Lookout near the Aguacate Lagoon.

The Civil Aviation Department is assisting with the ongoing investigation of the illegal aircraft landing in the Spanish Lookout area.

As for the illicit cargo which the police believe was in the plane, authorities have not said if they know where it was taken.