President-elect of El Salvador on a visit to Belize

Motorcycle and bicycle crash in Georgeville 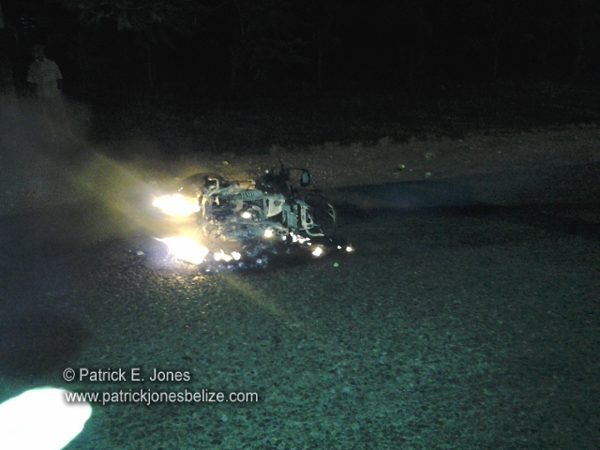 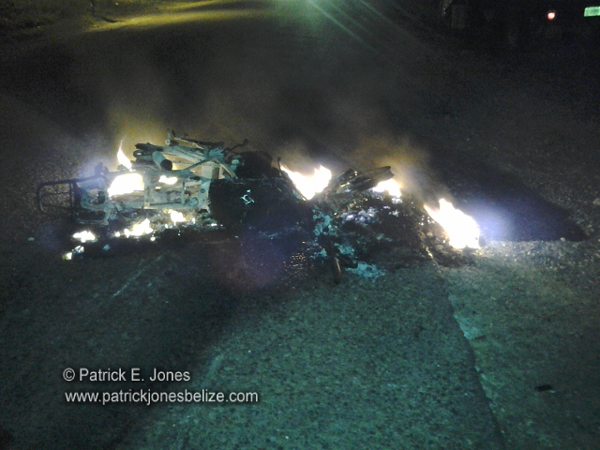 PATRICK E. JONES Reporting: One man was injured in a road traffic accident on the George Price Highway tonight in Georgeville village, Cayo.

Just before 7 o’clock, a west-bound motorcycle hit a man who was riding a bicycle at the eastern entrance to the village. 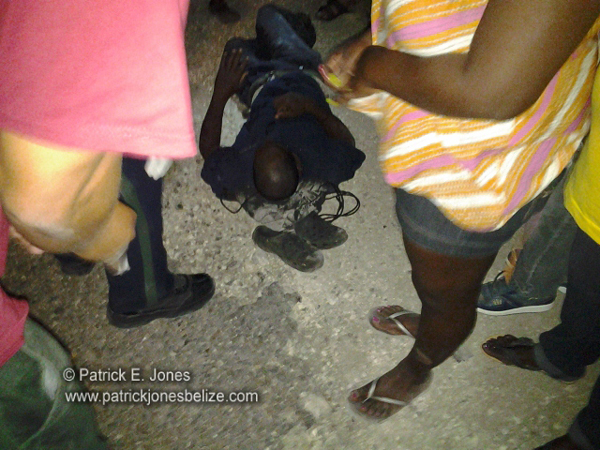 The victim is identified as Kareem Gongora, who sustained a large injury to the face and complained of pain to the hands and chest.  He was taken to the San Ignacio community hospital by a police mobile that responded to call for assistance.

The driver of the motorcycle had to be rescued from an angry mob of family and friends of Gongora who accused him of trying to run away from the scene of the accident.

One person who heard the impact and looked out said she saw the motorbike sliding across the pavement and then bursting into flames.

Within minutes the motorcycle was engulfed in flames and completely destroyed.

A helmet being carried on the motorcycle was smashed to pieces and picked up from across the highway.

The driver of the motorcycle suffered no physical injury.

He was taken away from the accident scene in the same vehicle that took Gongora to the hospital.

Traffic was temporarily diverted around Georgeville village while officers from the San Ignacio police formation processed the scene. 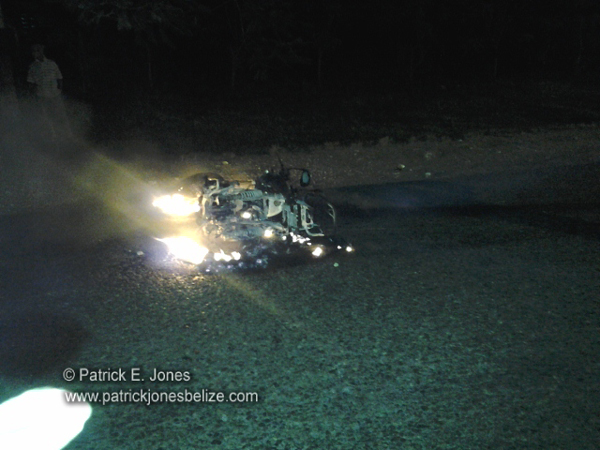