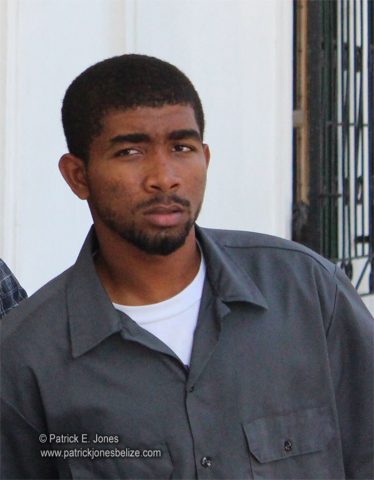 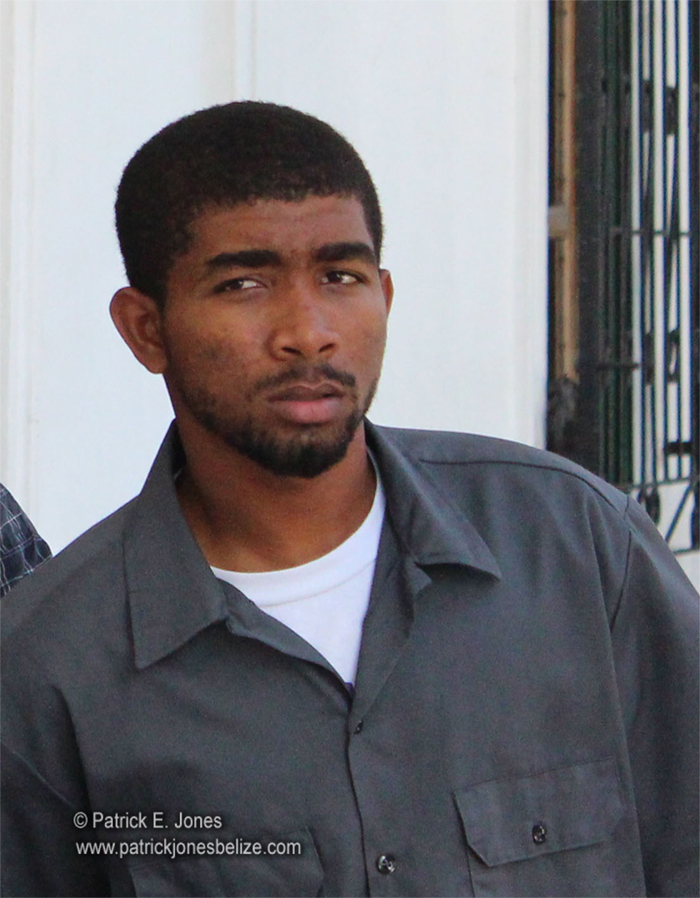 Monday, March 31, 2014. AARON HUMES Reporting: Friday afternoon in Belize City felt for a bit like the wild, wild west as a group of young men engaged in back and forth shooting in a mile-and-a-half span of the Old Capital.

Amazingly, when it was all said and done, only one person had been actually hit by gunfire, though many shots were fired.

That person is Joshua Lewis, who accuses 22 year old Marquin Drury of Santa Barbara Street of targeting him on East Collet Canal around 1:15 in the afternoon.

Drury appeared today before Chief Magistrate Ann-Marie Smith where he was charged with grievous harm and use of deadly means of harm to Lewis.

He was remanded into custody until May 29 as no bail is considered for offenses alleged to be committed with a firearm.

But the story does not end there. About 25 minutes after the Lewis incident, Police in Precinct Two received information of shots being fired near the Lord’s Ridge Cemetery.

Police responded and were processing that scene when more reports came from the Lacroix Boulevard area.

Police caught up with the red Astro van and set chase, luring it to a barricade on Mahogany Street. But the van eluded the barricade, nearly knocking down passersby and officers alike, and sped toward Police Street, where one of the occupants got out.

Personnel of the Gang Suppression Unit (GSU) picked up this individual immediately, but his companion headed toward Partridge Street and ended the chase at his yard on Santa Barbara Street where he was unable to get away from police.

A single expended shell was recovered from the van and this is being tested by forensics officers for ballistics comparison.

Police are sure that the same van is involved in both incidents but investigations into this aspect of the case continue.

It has been alleged that police were firing at the van during the chase, particularly in the Lacroix Boulevard area.

Police say they want witnesses who saw anything to come forward with information.

Drury has retained attorney Bryan Neal, who told reporters on Friday that his client has claimed to have been grazed by a bullet under the left eye, with additional grazes on the arm and both knees.

The police’s account casts some doubt on that story but Neal was out of the City this afternoon when we reached him and he has yet to return our call after we made contact with him after speaking to the police.