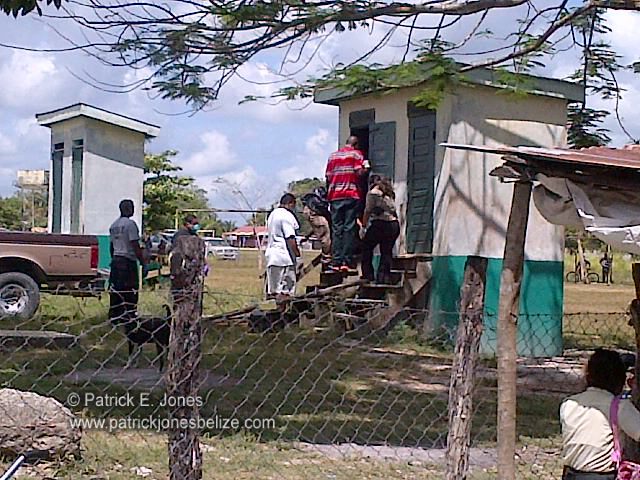 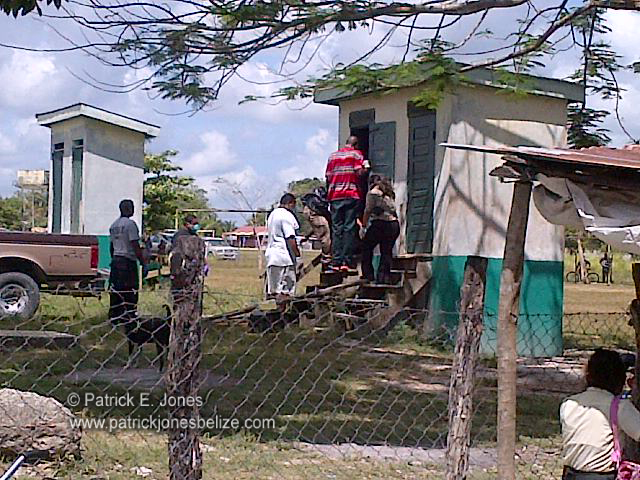 Monday, March 31, 2014; ORANGE WALK BUREAU Reporting: The discovery of the body of a man in the girls’ bathroom at the Guinea Grass Roman Catholic primary school in Orange Walk is not the way that students and teachers intended to start their Monday.

Thirty year old Asael Gomez was found semi-nude just after 8 o’clock this morning by a girl who had gone to use the facility.

Soon a crowd of nearly 200 people, including students, flocked to the area to watch in shock and disbelief. 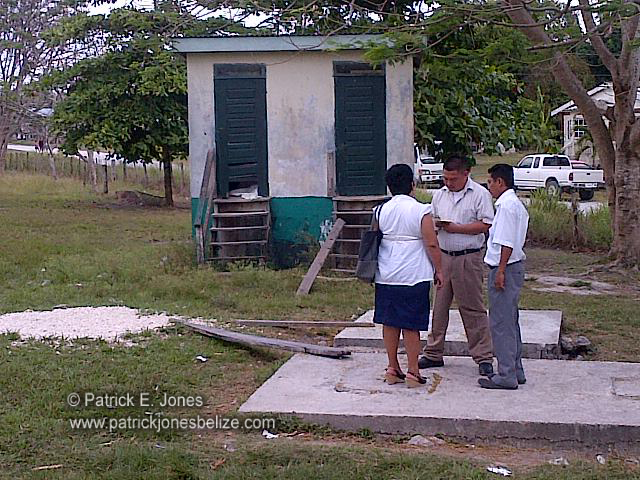 According to the aunt of the deceased, Gomez was last seen on Saturday morning and the family member says he had been drinking since Friday night.

A gash on his head was the only visible sign of injury to his body and a cause of death will probably be confirmed by an autopsy.

Gomez’ knapsack, cell phone and machete were found inside the bathroom with him and have been collected as evidence.

It is not yet known how long Gomez had been dead prior to the discovery of his body.

Reports say that his wife and children had been looking for him when they received the sad news this morning.

The police investigation of the circumstance surrounding the death of Asael Gomez has started.