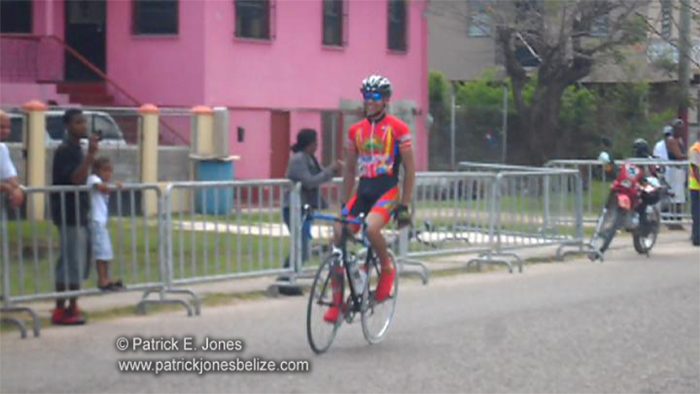 Monday, March 31, 2014. AARON HUMES Reporting: Sunday was a day of sports in the City, beginning with the finish of the 15th annual Junior Cross Country Cycling Classic.

20 young men from several cycling teams kicked off from the San Jose Succotz Ferry and rode for 70 miles to Leslie’s Imports.

For the most part they stayed together until a five-man breakaway was established featuring members of Cayo rival teams BECOL Uprising and Cayo High Road.

A member of the former team, Keion Robateau, showed determination to stay with the main pack even after three chasers moved up from the peloton at Mile 11.

A few miles later he launched the winning solo attack and rode to the tape all alone, ending Cayo High Road’s Zamir Guerra’s defense of his title.

The new champion says the win was unexpected as he had it all to do to stay with the pack. But the defending champion told us that he didn’t have the legs at the end, so if he couldn’t win, he was happy to let a fellow Cayoan do so.