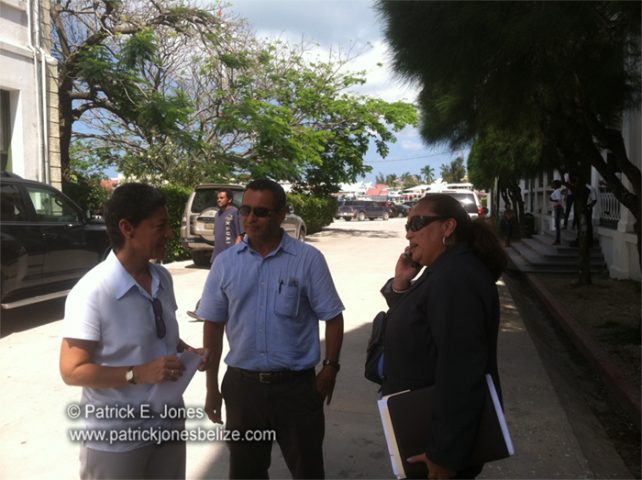 March 31, 2014. AARON HUMES Reporting: The People’s United Party (PUP) has gone to the Supreme Court seeking judicial review of the decision of the Chief Elections Officer to reject hundreds of signatures from a petition to recall Elvin Penner.

Last year, the Chief Elections Officer Josephine Tamai rejected 337 signatures from thousands that were handed in by the PUP Cayo Northeast aspirant Orlando Habet in a bid to trigger a recall of Penner for alleged wrongdoing in the issuance of a Belize passport to South Korean businessman Wong Hong Kim while he was in a prison in Taiwan.

Today, Habet and 4 other persons filed papers seeking the judicial review of Tamai’s rejection of the signatures.

According to Senator Lisa Shoman, lead attorney, the PUP has found instances where individuals who signed the petition and were rejected because they were not on the official voters’ list have been found to in fact be there.

Also, the PUP contends that persons whose signatures were said not to match the official record, or who signed more than once, should not be disenfranchised as the law is not hard and fast on the issue. She says the party took its time preparing its case and encountered some resistance from those who did not wish to be part of the case.

Orlando Habet told reporters that on behalf of the disenfranchised voters, this is an opportunity to redress the alleged injustice and all Cayo Northeast voters have been waiting for this.

Asked whether this issue has been revived to further embarrass his opponent on the heels of his facing criminal charges last week, Habet said it was about standing up for the individuals affected by the Chief Elections Officer’s decision.