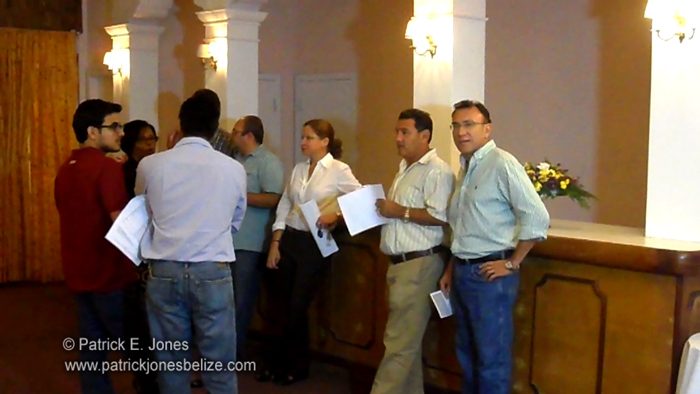 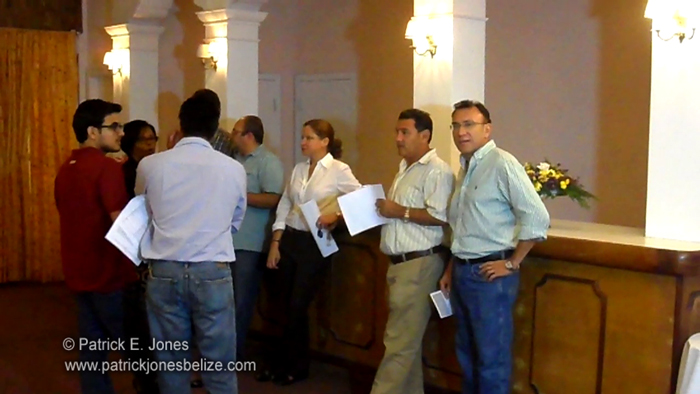 Wednesday, April 2, 2014. AARON HUMES Reporting: The Occupational Health and Safety Bill was tabled in January at the first session of the House of Representatives for 2014.

It seeks to regulate and improve working conditions for workers at all businesses countrywide and has the unrelenting and vocal support of the trade unions.

But the business community straddles a fine line between trying not to deny workers their rights and dealing with the economic bottom line.

On Wednesday night, the first in a series of nationwide consultations took place in Belize City hosted by the Public Service, Trade, Industry and Labour Committee of the House of Representatives, which has charge of the bill.

They met with financial members of the Belize Chamber of Commerce and Industry, including executives of Belize’s leading businesses.

We spoke to Daniel Gutierrez, a councilor on the Board of the Chamber who said that while businesses understand and respect workers’ rights, the bill as currently presented hurts local business and may lead to loss of jobs.

According to Gutierrez, they do respect the unions’ stance, but it doesn’t change theirs.

The National Trade Union Congress, an umbrella organization of such powerful organizations as the Belize National Teachers’ Union (BNTU) and Public Service Union (PSU) has strongly backed the bill and protested last year at what it perceived was a delay in its implementation.

The consultations are expected to continue in a similar manner to those held for amendments to the Constitution.

Following this the Bill will go back to the House for its final reading and passage.