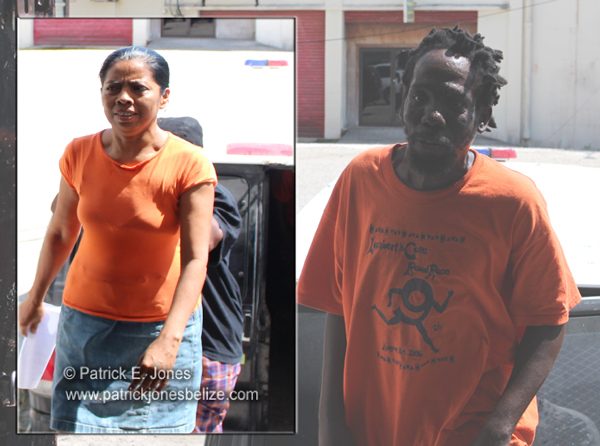 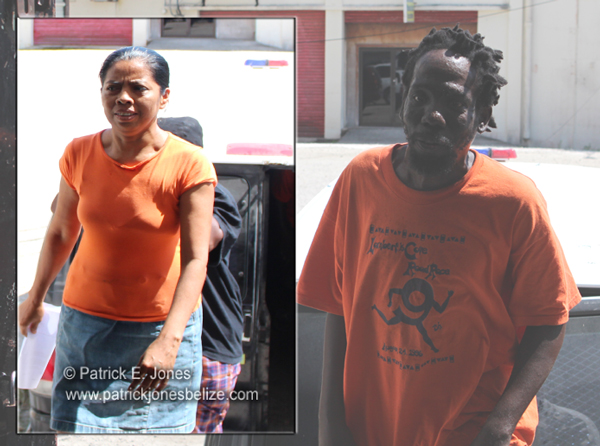 Wednesday, April 2, 2014. AARON HUMES Reporting: 42 year old Steven Buckley and his family appeared in the Magistrate’s Court this afternoon over, in his words to Magistrate Hettie Mae Stuart, a “lee roach.”

This morning around 10:00, police searched Buckley’s residence at 13 A George Street for firearms and drugs and in his room, which he told police only he has access to, officers found 0.4 grams of suspected cannabis.

Elsewhere in the house they recovered a pipe of the kind used for taking crack cocaine. Buckley chose to plead guilty to the charge of possession of a controlled drug and was fined $50, due by May 2.

If he defaults he will serve 2 weeks in prison.

But Buckley, his common-law wife Juanita Juarez, 46; their stepsons 21 year old Emmanuel Villanueva and a 17 year old minor; and two visiting friends, brothers Isaiah and Charles Middleton, both in their late teens, are trying to arrange bail of $700 this evening on the charge of possession of a utensil adapted for using controlled drugs.

This is after the minor attempted to plead guilty to the charge but told Magistrate Stuart that he did not have the pipe for smoking. She entered an equivocal plea of not guilty and the others pleaded not guilty as well.

The case returns to court on May 29.