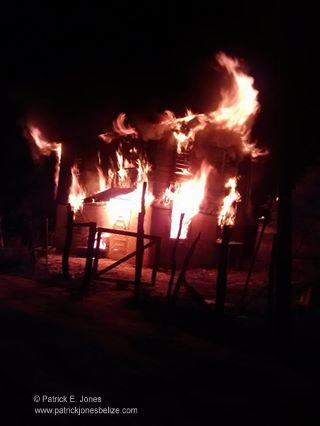 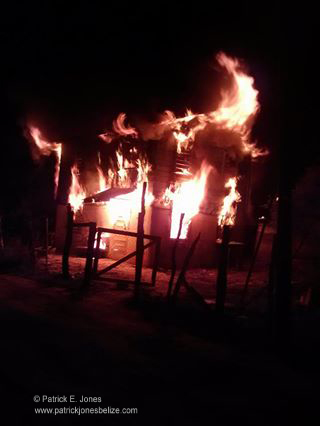 Just before 11 o’clock last night, fire officials were called to a house on Carrillo Puerto Avenue in Santa Elena town where a two storey building was engulfed in flames.

Preliminary reports indicate that Evelyn Estelle was asleep in the lower flat of the building, made of concrete, when she smelled smoke.

When Estelle went to investigate, that was when she found out that the building was on fire.

The upper part of the building, which was made of wood, was being occupied at 82 year old Augustine Martinez.

No one was physically hurt in the fire which completely gutted the building.

Neither the building or its contents were insured.

Here is some amateur video taken by a cell phone camera during the fire: httpv://youtu.be/ZBO5oF2SEjU