5 year old boy is crushed by a forklift 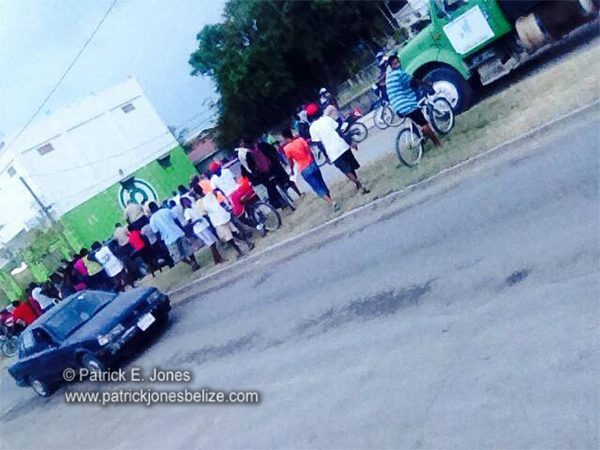 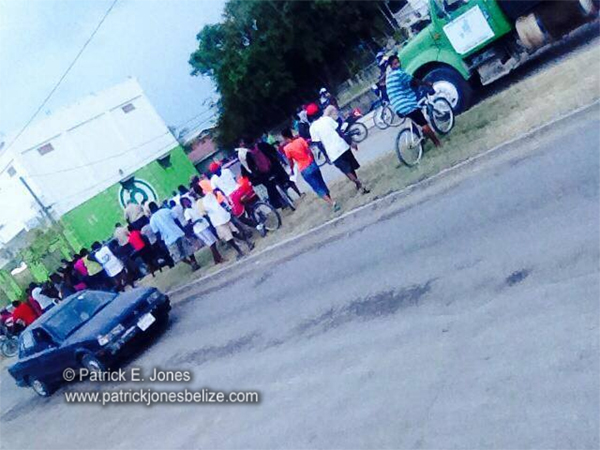 Tuesday, April 8, 2014. PATRICK E. JONES Reporting: An 18 year old man was set upon and beaten up by an angry mob in Belize City tonight.  The incident happened just after 6 pm.

The young man, who identifies himself as transgender, was dressed in women’s clothing, namely a long black dress.

As he walked down Vernon Street, the youth who gives his name as Vanesa Champagne Paris says she was verbally harassed by a man who hurled derogatory words at him.

According to Vanesa, when his attacker asked why a “f*king fagot is walking this block,” he turned around and responded to the attacker that he did not own the street.

That was when, according to Vanessa, that the man picked up rocks and started to “boom” him.

Vanessa says that he started to walk away but that the verbal assaults continued and that at one point the man shouted to the other young men who were in the area that he was a “f*king battyman” wearing a dress.

The group then set to chase Vanessa, who ran for safety. But before he could escape, Vanesa was caught and he says that a man in a black shirt grabbed him in his dress and punched him in the face.

At least four other men reportedly landed punches on Vanessa before he was able to break free and make another dash for the safety of a drug store on Central American Boulevard, from where help from the police was summoned.

When asked why he would venture out in public dressed as a woman, Vanessa says that “I am a transvestite. So I decide to live my life as a female.”

He said that he did not expect that anyone would recognize him as a man or that they would physically attack him.

Vanessa, now 18, says that he has not yet made a report to the police, but plans to do so.

And even though he was beaten up, Vanesa says he plans to continue living as a transvestite, although he does not yet know how that will happen given what transpired today.

He sustained cuts, scrapes and bruises that did not require a trip to the hospital.

He remains adamant that his dressing as a woman was not an invitation to be beaten up.

“Everyone can mind their own business, or at least they should,” says Vanesa. “I am a man dressed as a female, I noh think nothing is wrong with that. As long as I noh the interfere with anyone,” he explains.

After being rescued by the police and led safely away, Vanesa has since found a “safe” house where he will be staying for the time being until a more permanent arrangement can be worked out.