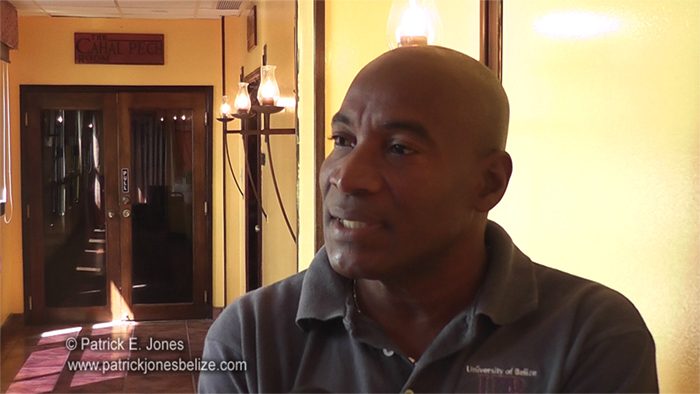 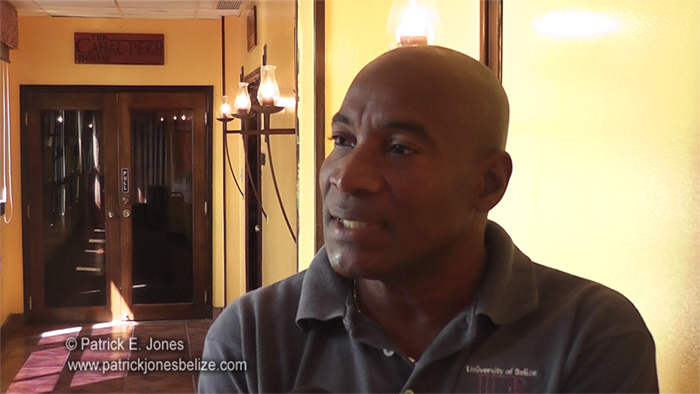 Friday, April 11, 2014. AARON HUMES Reporting: Belize’s national university, the University of Belize, is trying to build the expertise and research background of both students and faculty and promote the academic, professional and intellectual development of all Belizeans.

For the fourth straight year, the Faculty of Management and Social Sciences (FMSS) hosted a research conference showcasing the best of its students’ and faculty members’ research work, particularly in.

The conference featured a wide variety of topics and Dean of the Faculty, Vincent Palacio, mentioned a few he is looking forward to hearing, including a report on Belize’s progress toward achieveing the Millennium Development Goals (MDG).

Palacio said that the ten best thesis papers delivered by students are being featured today.

One of them is by Augustine Domingo, who researched default risk among credit unions in Belize.

Known as the poor man’s bank, the credit union is a favorite source of investment for Belizeans used to frugality. But for those who borrow and can’t pay back, there is a largely failsafe system in place to protect the credit union’s assets.

Domingo says that apparently Belizeans are not put off from borrowing from credit unions as they have spread all over the country. Domingo says their influence can be expanded even more by going into suitable investments.

Researcher and lecturer Dr. Philip Castillo is the author of the MDG report. He says Belize has made some strides in key areas but lags in others.

Belize’s poverty rate has gone up but there are more children in school and slightly less mothers and babies dying early.

The MDG’s have transitioned into what Dr. Castillo calls sustainable development goals which the country continues to strive toward.