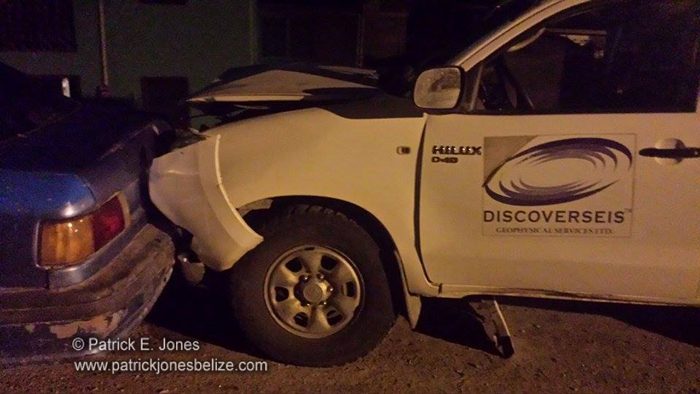 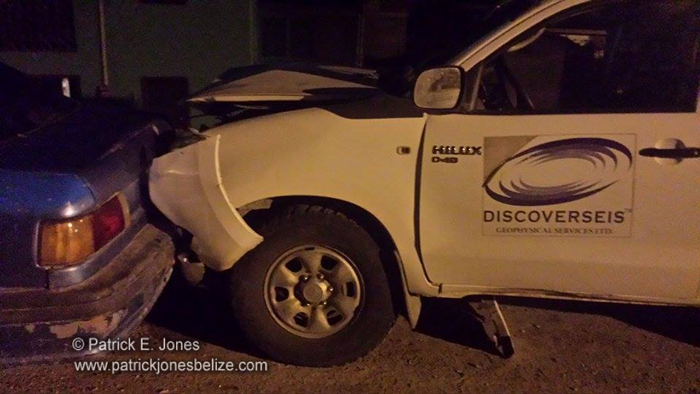 Details of the incident are still sketchy, but initial reports say it happended just after 2 am on Sunday and involved a car and a pickup truck.

Three persons, the driver and a passenger in the car as well as the driver of the Hilux received varying degrees of injury and were taken to the San Ignacio Community Hospital for treatment. 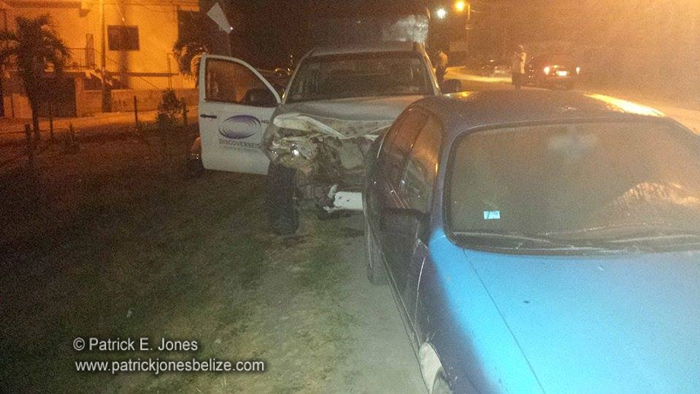 Preliminary indications are tht the crash happened near to the China Town grocery store in Santa Elena town when the car allegedly made a left turn into Mabel PItts Street and into the path of the west-bound Toyota Hilux.

The impact of the head-on collision spun the small car completely around.

One of the drivers, believed to be under the influence of alchohol, refused to provide police with a speciment for testing and it is expected that charges for that offence as well as others will be brought against him.