Five charged including minor for ammo and weed 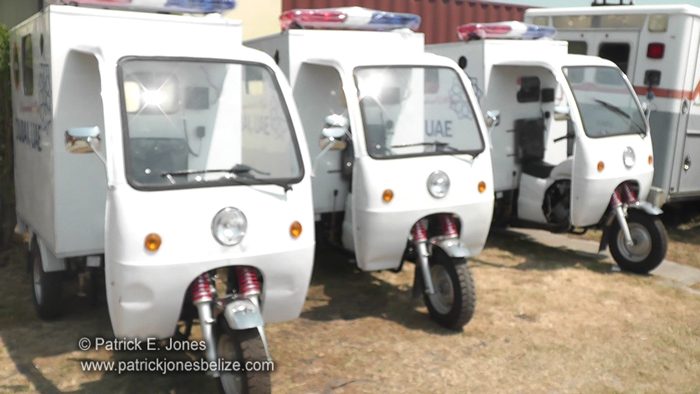 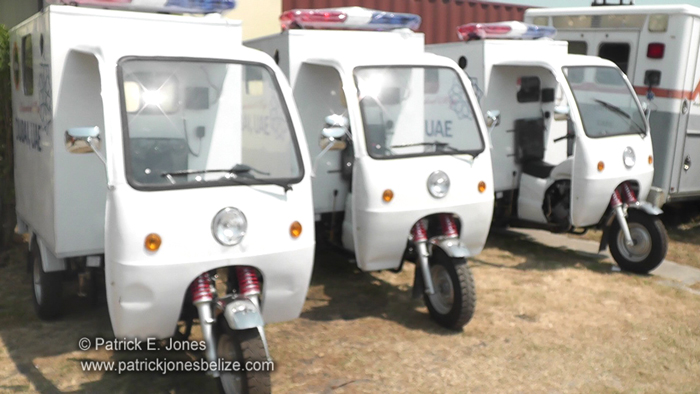 Monday, April 14, 2014. AARON HUMES Reporting: Twenty-six health support vehicles were handed over to the Belize Ministry of Health by the Government and people of the United Arab Emirates in the Middle East today.

The vehicles, according to the Ministry of Health, are three-wheeled motorcycles with an attached covered unit equipped with seating and a stretcher to transport patients but will not be used as a replacement for conventional ambulances.

Tourism Minister Manuel Heredia Jr was chief lobbyist, along with Attorney General Wilfred Elrington, for the Government on this donation.

The Minister of Health says two new ambulances are being procured for San Pedro Town and that island’s clinic will be transformed to 24 hour service.

© 2014 – 2022, BreakingBelizeNews.com. This article is the copyrighted property of Breaking Belize News. Written permission must be obtained before reprint in online or print media. REPRINTING CONTENT WITHOUT PERMISSION AND/OR PAYMENT IS THEFT AND PUNISHABLE BY LAW.