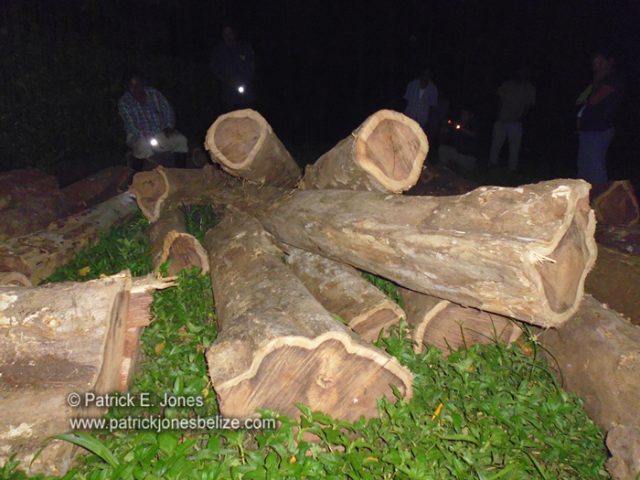 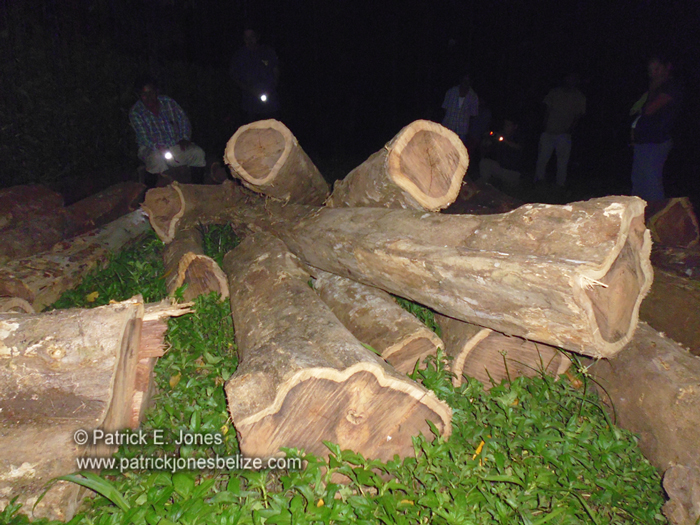 Monday, April 14, 2014. JUAN CAAL Reporting: Earlier this month, the leaders of Medina Bank and Golden Stream vilages in the Toledo district reported that they have been getting reports of illegal rosewood harvesting in their communities.

The leaders say that as soon as the illegal activity came to their attention, they reported the matter to the Forestry Department in Toledo, but have seen very little action on the part of the authorities to deal with the matter.

And so the leaders organized themselves and proceeded to go in and confiscate the 31 unflitched rosewood logs with an estimated value of BZ$9,000. 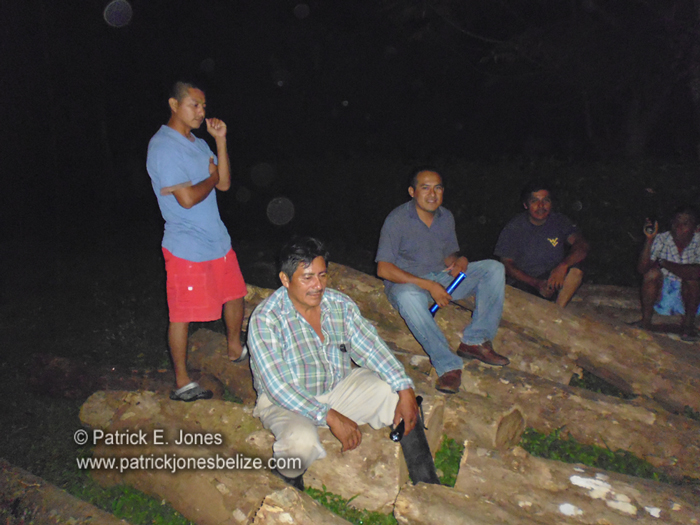 The leaders decided that they would impound the logs pending action from the Forestry Department.

Reports are that a team of about 10 Belize Defence Force Soldiers later went to speak with one of the Alcalde allegedly to claim the rosewood; but when they refused to provide proper legal documents upon which they were making the claim to the logs, the leaders of Medina Bank village refused to hand over the logs.

The Forestry Department has been mum on the the issue so far.