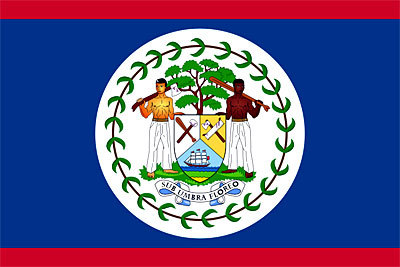 The Flag of Belize

There is a political acronym coined, I believe first, in the Amandala newspaper, that of the “PUDP”, referring to any and both of the larger political parties in Belize – the People’s United Party (PUP) and the United Democratic Party (UDP). The reference is such as to express to the world that they are one and the same – just different players, same game. If this is the truth, and in Belize, the population seems to believe every letter of the idea of the PUDP, it is appropriate and important to connect with the young people who came into their teenage years in the early part of the new millennium to understand why the larger political parties are referred to as such. These young people are the people who connected with the music of the super star Eminem and probably still connect with the music and even the movie “8 Mile” (released 2002).

Simplified, the birth of the PUP the leaders realized two things: they wanted the Belizean people to create our own destiny and they wanted to strengthen the sociopolitical economy of the then colony. The PUP then became the party of social justice. Simplified too, in 1973, the UDP came to life with a pro-business, pro “get with the world economy” mantra, and certainly, a viable option for political management which in opinion, is important for a strong democracy.

Since Independence, no party had won consecutive elections before the PUP won in 1998 and in 2003, then later, with the UDP winning in 2008 and 2013. Things change indeed and everything changes and we must be prepared to adapt to such changes. The PUP of 1989 showed evidence of change from the party of social justice to something else. Strangely, this is the time the PUP’s beloved leader Mr. Price was slowly relinquishing his party to a new generation of PUP’s. They lost the elections of 1993. The UDP won their second term in office post-independence in 1993 and held on until 1998.

In 8 Mile, the movie, the young people all wanted to get out of their poverty-fueled life. One of the major ways out was through the power of music and the genre of defiance – rap. They were great at stringing lyric after lyric, hitting hard on social, economic and personal issues, dilemmas and tragedies. Two of the most powerful characters were “Rabbit” (Eminem) and “Papa Doc” (Anthony Mackie) who was the leader of his clique he called “The Free World”. They were always at each other’s throats. They were the main characters. Fast forwarding towards the end of the movie both main characters get into a “battle”, which is an organized face off with both Rabbit and Papa Doc meeting each other in the final. Rabbit, devastates Papa Doc in the finals when he, in a beautiful way, berates himself in prose, or, in other words, did everything Papa Doc wanted to do and would have done, rendering Papa Doc, the leader of the Free World seemingly dumbfounded when it was his turn at the mic. Rabbit won the battle.

In 1998, the PUP began a third term in government, post-independence and they invested in an unprecedented economic expansion the likes of which the country had never experienced. It was boom. It was an economic experiment the UDP would have been more likely to entertain as they were the party of economic management, under Prime Minister Esquivel. This was not the UDP however, this was the PUP – removed from the social justice party they genetically are. There was boom, even when a majority of the politicians and staunch party supporters seemingly did not realize that they wouldn’t know what was happening to their party – at least so it turned out to be. The PUP privatized all public utilities, something that one would expect the UDP to have done. Then came 2004 and the economic experiment the PUP invested in started to come apart with evolutionary gradualism. The PUP lost in 2003 to the UDP – big.

When the UDP came into office, and to the amazement of the masses that paid attention, they demolished the privatized national companies of electricity and telephone, and nationalized them again – government took them from private investment. Woah, how anti- pro-business and anti “get with the world economy” was that move? Were the UDP now the party of social justice? Everything that the PUP should have done in accordance with their party’s mantra the UDP did.

The PUP lost consecutively in 2013 for the first time in our country’s history. The PUP became the UDP for sure in 1998 and the UDP became the PUP in 2008, so to speak. This of course, does not mean that if the political parties had stayed within their specific mantras that things would be better or worse, the truth is that the one became the other, just like Eminem as Rabbit, “became” everything that Papa Doc would have wanted to degrade him for, leaving Papa Doc, searching for words. Very much like what happened to the PUP in 2008 and 2013.

Interestingly, the UDP and the PUP did not only become each other, they also became the same. People all over Belize believe the latter for what these two large political parties say and do, look strangely and in some quarters, intentionally the same in economic, social, political and environmental decision-making and even corruption.

So, the PUP and the UDP became each other, which really is a problem for both parties because they will only be talking to and on behalf of their base – as evident in the House of Representatives (HOR) and for the most part the majority of Belizeans are disenfranchised and then are expected to vote. We start to enjoy more the personal attacks we hear in the HOR and less of the social, economic, environmental and ethical situations and problems which are slamming hard on the shores of our nation presently, very much like the battles in “8 Mile” turned into – removed from the depth of the sociopolitical and economic problems and turned comedic and personal.

One party has become the other and vice versa and the majority of us are stuck in “8 Mile” with our dreams while a hand-picked few and their parties will push candidates who will serve as distractions to the very evil which happens in the underworld of 8 Mile.

It’s time to tell the people your philosophies political parties. We don’t know who you are. We need for you to go back to your roots and prove to us that you aren’t the PUDP because if you don’t, more of us will stop voting.