Partial collapse of a dock reported in Caye Caulker village 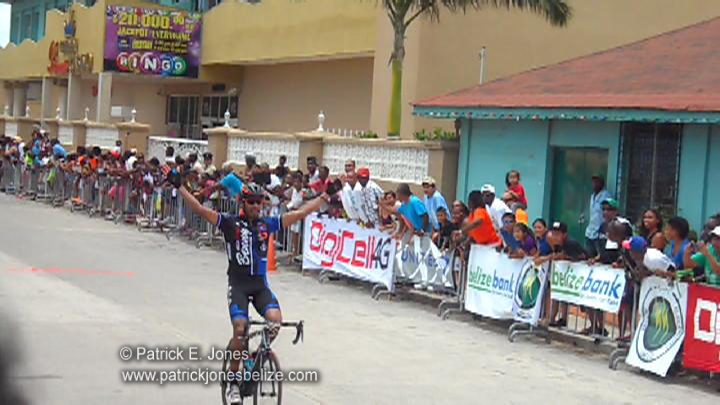 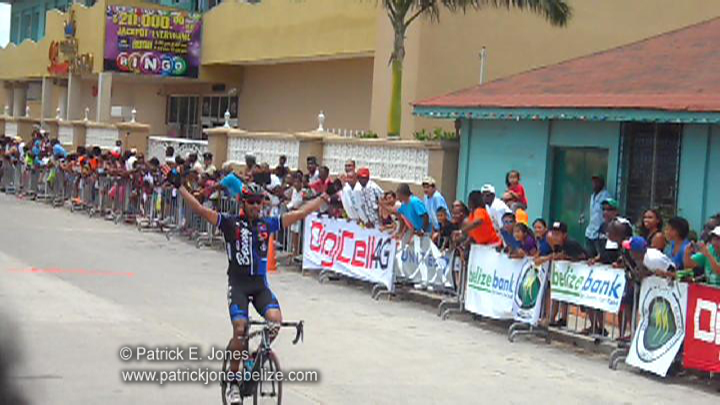 Weather conditions favored a fast race, and the record of 2 hours 40 minutes to San Ignacio was bettered from its position in 2009. Magallanes, riding for Benny’s Megabytes, was one of a group of dangerous internationals leading the first half of the race along with David Henderson, Giovanni and Rafael Choto of Belize and Hector Hugo Rangel of Mexico, and he shook them off at Belmopan to run through the hills. He was ultimately reeled in, but not before a group of six foreigners, including Guatemalans and Americans, had dodged a six-pack of Belizeans early on the return journey.

Toward the end of the race fourth-place finisher Hector Hugo Rangel of Mexico seemed ready to ride away with the prize. But then the race took a final twist as several of the foreign group caught up and the Belizeans fell back. It ultimately came down to Magallanes versus Guatemalan Alejandro Padilla, riding for Team Smart, and Florencio Ramos of Mexico’s Depredadores (Predators). He would beat them at the tape in an unofficial time of five hours, 48 minutes, just shy of the 2008 official record held by American Ryan Baumann. 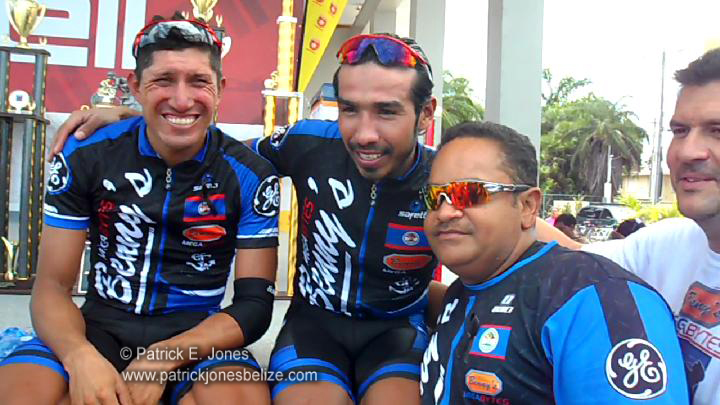 After the race, Magallanes and sponsor Perry Gibson said they were determined to win the race come what may, and while the hope was on National Champion and Krem Classic Champion Byron Pope to step forward, he was ultimately unable and Magallanes took on the mantle. Padilla, Ramos, Rangel (who also rode for Benny’s) and Marlon Castillo, who led a chasing group of four in vain at the end, finished in that order. Magallanes added that he felt Belizeans needed more “experience” in the surrounding territories which hold major races before Cross Country, rather than simply riding the local events typically held once every month.

Gibson said that this had always been the one that “got away,” for his team. most recently last year when Magallanes lost out to Darnell Barrow in a sprint. Words could not describe, he said, the feeling at finally winning “the garland” for his team, no matter the disappointment of Belizeans who nationalistically cheered for a son of the soil.

Magallanes takes home thousands of dollars in station prizes and $6,000 for his first-place finish; meanwhile, the “incentive prizes” for a possible Belizean winner will be rolled over to next year’s event.