New directors appointed to the Board of BTB 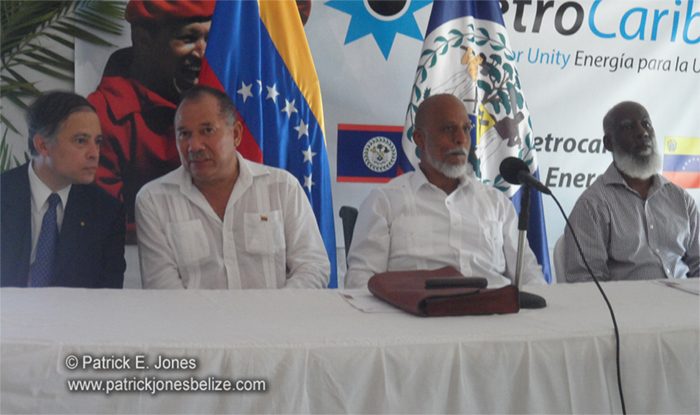 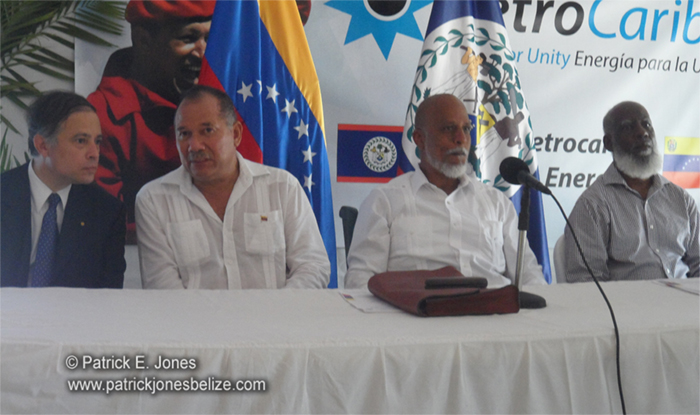 Friday, April 25, 2014. AARON HUMES Reporting: The Petrocaribe agreement is the cornerstone of diplomatic relations of Belize and the Bolivarian Republic of Venezuela.

Since the program was restarted in 2012, some $190 million in sold petroleum at concessionary terms has been loaned to Belize, of which about 40% is paid back upfront.

The remainder is treated as a long-term loan payable at 1% interest over 25 years, and must be used for projects that target poverty alleviation and human and social development.

The office of Alba Petrocaribe Energy Belize Limited, which is overseeing the working relations of the agreement, was opened in Belize City today, and executive of PDV Caribe, one of the partners in the agreement, Ricardo Garcia, says Venezuela is pleased to continue to program with the Caribbean and Central American states.

Ambassador of Venezuela to Belize His Excellency Yoel Perez Marcano called for an expansion of relations between the two countries and other members of the grouping in key social development areas through the work of the governments.

Minister of Foreign Affairs Wilfred Elrington said the South American states have led the charge to develop relations between countries of the Americas using their bountiful resources.

According to Prime Minister Dean Barrow the remaining loan monies are drawn down from the Consolidated Revenue Fund for specific projects to target poverty alleviation, among which he cited the opening of the National Bank, the expanded infrastructure project across the country spanning roads, bridges and facilities for sports and community gatherings among others.

He stated that the Ministry of Finance makes the ultimate determination on what the money can be used for and there has been no objections from the Venezuelans on the projects brought for their approval.

Puma Energy has become the sole supplier of oil from Venezuela to the country but any profits for the “capitalists”, according to the Prime Minister, are offset by the greater benefits to the country.

The initiative will continue for the foreseeable future and the Prime Minister said that Belize’s overall debt profile is not greatly affected. He added that he sees the funds also being used as paying back compensation for BTL and BEL or even to buy back Superbond debt as necessary.