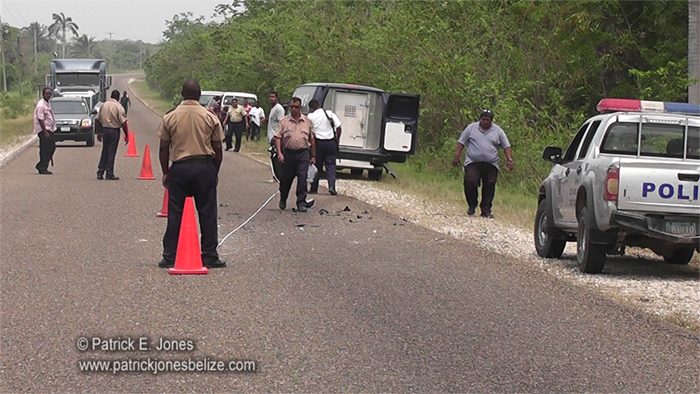 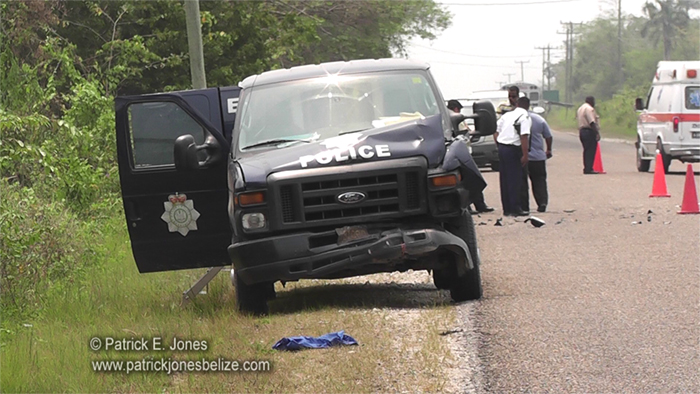 Tuesday, April 29, 2014. AARON HUMES Reporting: This morning there was an accident involving a Police Department Ford van transporting 13 prisoners to Hattieville and a Mercury Mariner.

The two vehicles collided at Mile 26 on the Philip Goldson Highway in the vicinity of Biscayne Village, just one mile from the scene of Monday’s accident.

There were several persons injured in both vehicles but no fatalities reported and the prisoners were taken to Orange Walk for treatment. 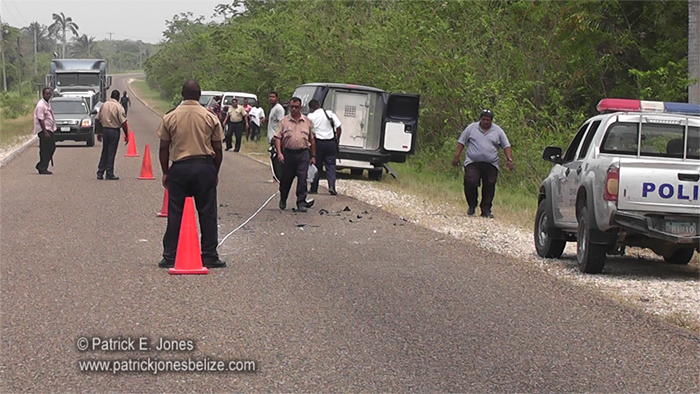 Biscayne resident Emerson Michael was driving the Mariner with his mother and three children on the road.

He says he was driving slowly on the right side of the road, getting ready to turn into the entrance of Biscayne Government School but not fully turning as yet, causing the van to blow its horn as if he wanted him to pull off the road.

When Michael failed to respond, the van hit its brakes and swerved, causing the collision.

The van was extensively damaged and Michael’s vehicle less so, but his family sustained bumps and bruises and were rushed to the hospital by ambulance.

Michael insists he was following traffic laws. Police were on the scene immediately and are investigating.