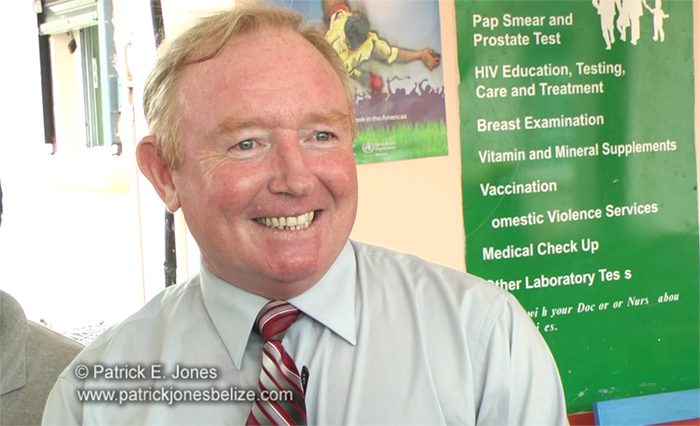 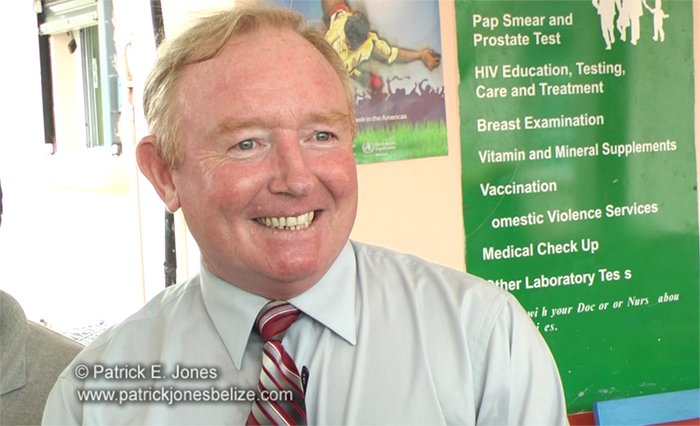 Wednesday, April 30, 2014. AARON HUMES Reporting: The Ministry of Health continues to defend its position with regard to its actions on appointing an extended regime to supervise the signing of Customs entries for importation of pharmaceuticals into Belize.

Currently the only person authorized to sign for the Ministry is Chief Pharmacist Sharon Sanchez Anderson. But the Ministry wants to change that.

He indicated that he would further consult before making the changes while insisting that they are necessary. Our interview was extensive but we do have two more important pieces of news to report.

The first is that the Ministry has sent Danini Contreras, appointed temporarily to Inspector of the Drug Directorate, for further training in Guatemala.

CEO Allen says this was objected to despite the sponsorship nature of the visit; she was not sent by the Ministry.

She was also refused the opportunity to take the Pharmacy Board Exam and is qualified as an inspector – at least in the Ministry’s view – but not yet as a pharmacist.

The Ministry says it wants to expand the scope of drug inspections but the post for Inspector must be created by the Public Service and a decision has not been made there. But the Ministry is paying Contreras like a public servant, if only modestly so.

Dr. Allen says she is being paid at the very bottom of Payscale 18 and would move up if she is kept for a certain period of time. But if the Pharmacists’ Association and Public Service Union have their way, that could be reduced to zero.