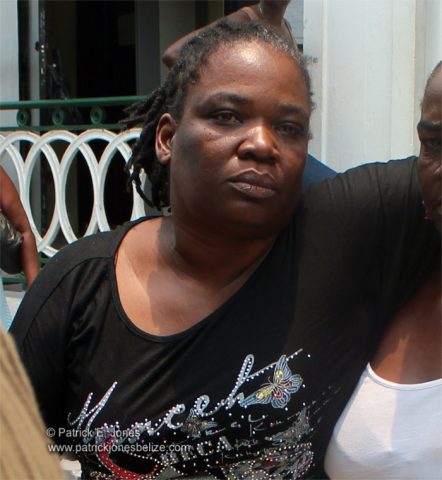 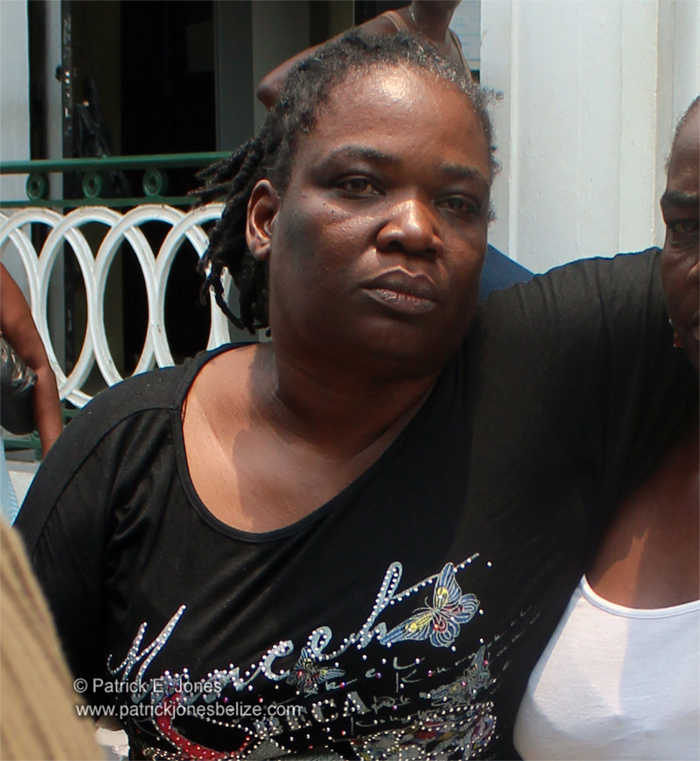 Wednesday, April 30, 2014. AARON HUMES Reporting: Back on April 14, six persons were taken to court for possession of unlicensed ammunition and controlled substances following a Police search of a house on Far West Street on Sunday.

Nicoli Rhys, 23 of Euphrates Avenue; Rheonna Rivero, an 18 year old student; Shane McKoy, 27; and Godwin Neal, Jr., an 18 year old student, along with a 17 year old minor who was also a student, were remanded after being charged with possession of 2 9mm brass Luger brand bullets and 1.2 grams of cannabis located in a compartment inside a standing fan.

A sixth person, nurse Bernadette Samuels, had to be taken to Karl Heusner Memorial hospital from court to be treated for high blood pressure and she has been in hospital since, until she was arraigned today.

In addition to the above charges, she was additionally charged for possession of 4.4 grams of cannabis seeds.

Samuels works at the KHMH but was a patient until today, when she was brought to court by attorney Bryan Neal.

Interestingly, Neal had arranged for her to secure bail from Supreme Court temporary Justice Antoinette Moore last Friday – before she was formally arraigned.

Despite the objections of police prosecutors, Senior Magistrate Sharon Frazer adjourned the case to May 29.

Ms. Samuels is tonight back in treatment at the KHMH after another hypertensive attack caused a BERT ambulance to be sent to immediately remove her from the court.

The remaining five defendants are on remand.