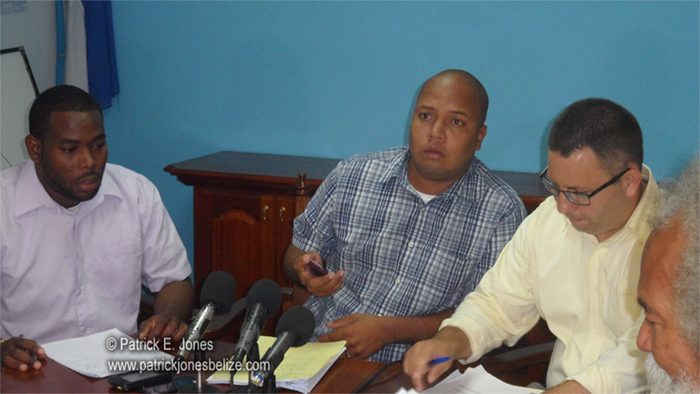 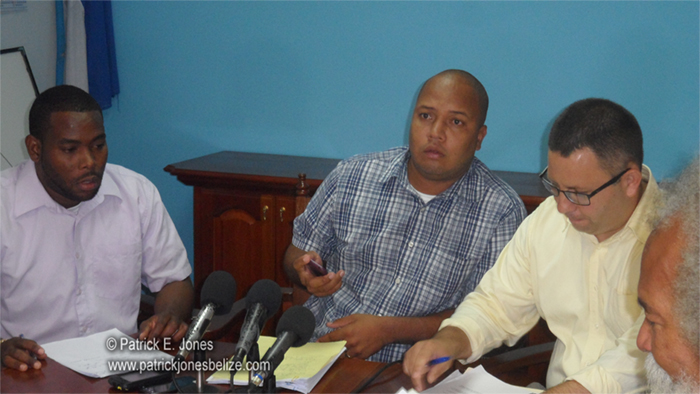 Wednesday, May 7, 2014. AARON HUMES Reporting: Citizens Organized for Liberty through Action (COLA) and their attorney, Kareem Musa, have detailed their frustration with the effort to privately prosecute Elvin Penner.

The Cayo Northeast representative is on the hot seat for allegedly for breaching the Passport and Nationality Acts while he was Minister of State, specifically with respect to Citizen Kim Won-Hong.

Today, the organization met with the press in Belize City to say that they have not given up. COLA President Giovanni Brackett compared their efforts here to previous usages of novel legislation to facilitate change, and warned that if this route were to fail, it would because the Government failed, because the country lives with an administration that is in his words, “conducive to failure.”

Brackett also reported that they have secured financial resources for a small reward, of $500, to persons who come forward with material evidence that will help the case.

Musa reported that Ombudsman Lionel Arzu has affirmed the decision of Auditor General Dorothy Bradley not to release the Auditor General’s report on the audit of the Immigration Department publicly until it is laid before the National Assembly.

But according to Musa, the public servants misunderstand what they really want.

The Auditor General contends that the report is not complete and its contents are exempt under the Freedom of Information Act, a position with which COLA disagrees, as they believe that the actual material and evidence gathered, not the interpretation of the Department, are what they need to proceed. 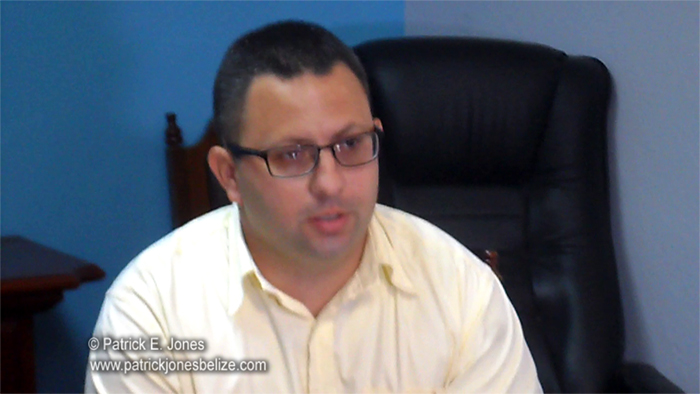 Musa went on to say that he had “lost faith” in the Commissioner of Police Allen Whylie who has twice ignored correspondence sent to him asking him to turn over what he has on Penner, other than to say that he has handed over the file to DPP Cheryl-Lynn Vidal.

In actuality they have been passing the file back and forth and when the DPP gets it back as she expects to this week, COLA will get a copy. But how does this affect what happens when Penner returns to court on May 29?

Musa explains that he will more than likely seek an adjournment, which he believes should be granted as there is nothing to suggest the case cannot move forward despite its many challenges.

Legal avenues to force compliance with the Freedom of Information Act are not out of the picture and Musa told us that there are other avenues they seek as they attempt to prove their allegations against Penner. 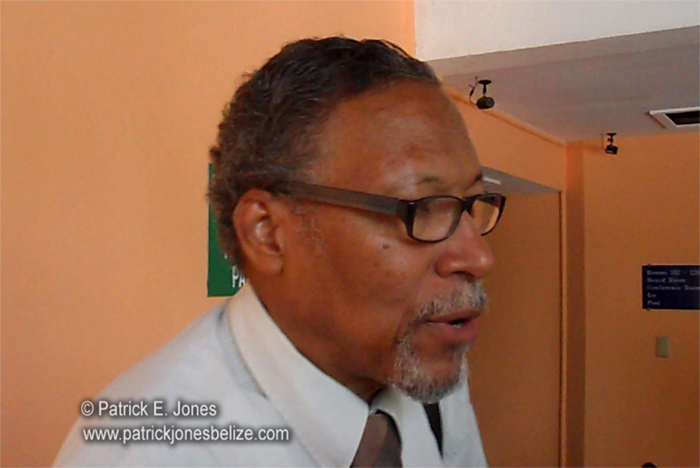 We brought up the issue of the report with Minister in charge of Immigration Senator Godwin Hulse later in the day and he says that no one has yet to actually look at the document, but he indicated that there is not much new for him personally to see therein.

Indeed, the Ombudsman appears to be the only person in Belize so far who has seen the report, as he wrote in his letter that he examined on April 30 some of the exempted documents to which COLA is requesting access.