All systems go for Harvest Caye and Stake Bank 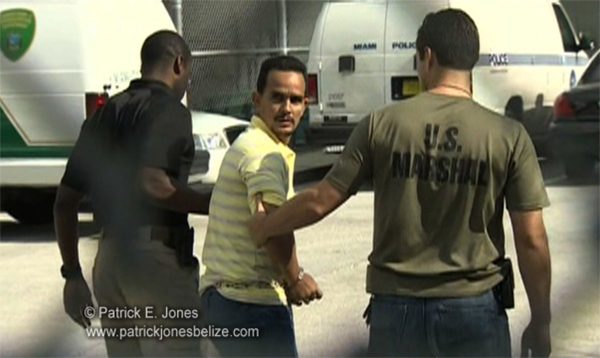 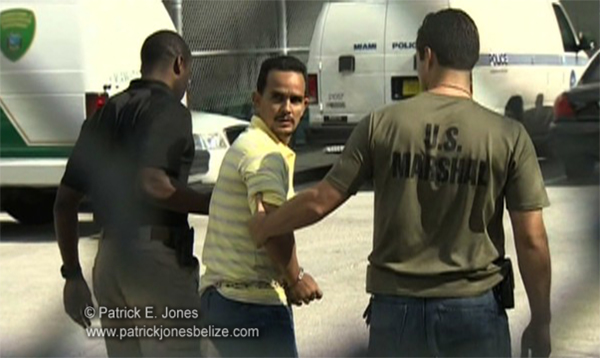 Thursday, May 8, 2014. AARON HUMES Reporting: Raonel Valdez-Valhuerdis, with two other men, is accused of masterminding the biggest gold heist in Florida history, robbing the American owner of a Bolivian-based gold exporter of 100 pounds of gold flakes in two suitcases valued at US$2.6 million in October of 2012 before fleeing the country.

In February of this year local immigration officials found him in the bushes near the Western border with a Cuban passport but no Belize immigration stamp to show that he had entered.

After local courts ordered him to pay a fine for illegal entry, there was a three-way back and forth between Belize, American and Cuban authorities as to what to do with him.

Should he be sent back to Cuba, or back to the U.S. authorities who wanted him?

Minister of Immigration and Nationality Senator Godwin Hulse discussed the issue with reporters on Wednesday in Belize City emphasizing that even in thorny cases like this one, Belize tries its best to follow the law.

It would not, he said, simply dump someone like Valdez outside of Belize and let justice take its course.

But even as we were conducting that interview at the Biltmore Plaza in Belize City, American authorities had convinced local police and immigration authorities to hand Valdez over.

In Ladyville at the Philip Goldson International Airport (PGIA) they were seen escorting Valdez onto the 11:30 a.m. American Airlines flight to Miami, Florida, which touched down around 3:30 p.m. local time.

On hand to take custody of Valdez were U.S. Marshals.

According to CNN, he is charged with armed robbery with a deadly weapon, possession of a firearm by a convicted felon, grand theft, and altering or tampering with an electronic monitor, as well as violation of probation for fleeing the country despite wearing a court-ordered ankle monitor.

CNN says Valdez was convicted of battery for putting a knife to his ex-girlfriend’s neck and demanding her purse.

In what can only be described as criminals’ luck, that is how police eventually caught up to him after receiving a tip that he was the leader of the heist.

He was placed at the crime scene and shown to have conducted surveillance of the apartment for several weeks before the robbery.

However, he was released on US$75,000 bond by a judge and took his opportunity to flee afterward, not showing up for his next hearing.