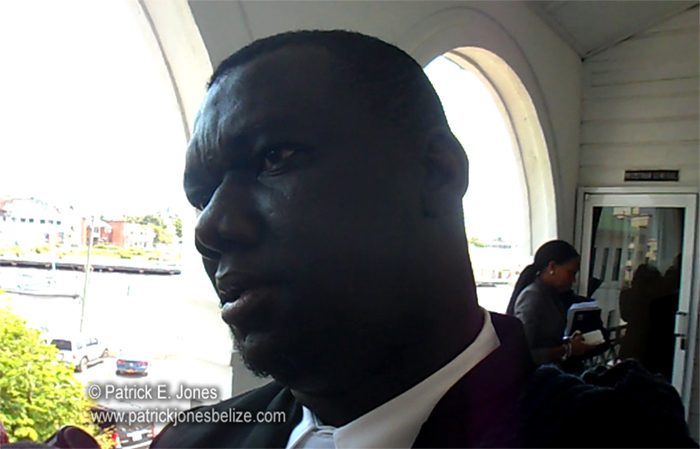 Thursday, May 8, 2014. AARON HUMES Reporting: Jamaican homosexual activist Maurice Tomlinson is now one step closer to potentially overturning local immigration laws he feels are discriminating against his right to free movement as a homosexual.

This morning the Caribbean Court of Justice (CCJ) granted Tomlinson special leave to file an application under the court’s original jurisdiction, seeking to have the court declare that the immigration laws of Belize and Trinidad and Tobago are arguably prejudicial to him.

Presenting the judgment of the court, CCJ President Sir Dennis Byron said that Tomlinson had met the standard of presenting an arguable case.

According to the court, the very existence of the laws amounts to prejudice, the states’ arguments that they do not treat homosexuals that way in practice notwithstanding.

It is in the interests of justice that the CCJ is allowing the case to proceed, as they believe that there are significant questions about aspects of community law, the relationship with domestic law and the obligations of states under the Revised Treaty of Chaguaramas which must be answered. Following the ruling, Acting Solicitor General of Belize Nigel Hawke said the Government is preparing to present its full case, emphasizing that this is just the beginning.

Hawke said he does not expect to call immigration officials as witnesses to testify as to what practices Belize has with regard to homosexuals.

Tomlinson, who split amicably from a female partner and has remarried to a Canadian pastor, won this stage of the case without support from his native Jamaica, which considered that he had previously traveled to both Belize and Trinidad and Tobago, unaware of the law he claims is discriminatory.

The applications will now be consolidated into one claim and filed within the next 7 days per the court’s rules.

Belize was defended by Hawke and colleagues Illiana Swift and Mark Ramsey, while Trinidad’s defense team was led by Senior Counsel Seenath Jairam.