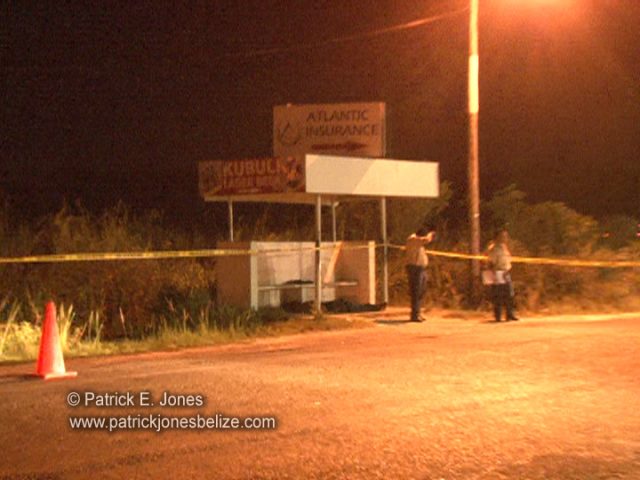 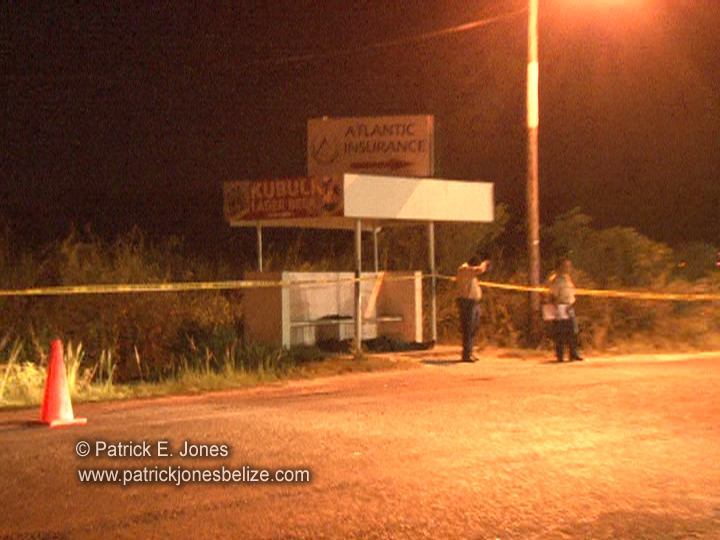 Thursday, May 8, 2014. AARON HUMES Reporting: Around 6:00, Wednesday evening, a Belize City man was executed in the village of Ladyville near a popular gas station.

According to police, 27 year old Vincent Martinez Jr. of a Kings’ Park address in Belize City was found motionless in a pool of his own blood with a single gunshot wound to the right side of the head at the bus stop in front of Puma gas station located at the corner of the Philip Goldson Highway and Marage Road in Ladyville.

He was shirtless and wearing long blue jeans pants.

Police say Martinez was sitting at the bus stop when a single gunman, dark-skinned and in white shirt and black long pants, ran at him from the direction of Marage Road and fired once at Martinez, before running back the way he came and escaping in a waiting car.

Martinez had come to Ladyville earlier in the day to attend a family member’s funeral but somehow missed the bus that was transporting attendees from Belize City.

It is not clear what happened afterward that led him to the bus stop and his death.

Police continue their investigations, according to ASP Christopher Noble, who told reporters on the scene last night that police are already looking for a person of interest to them who is not from the area.