The Belize Adventure displayed at BETEX 2014 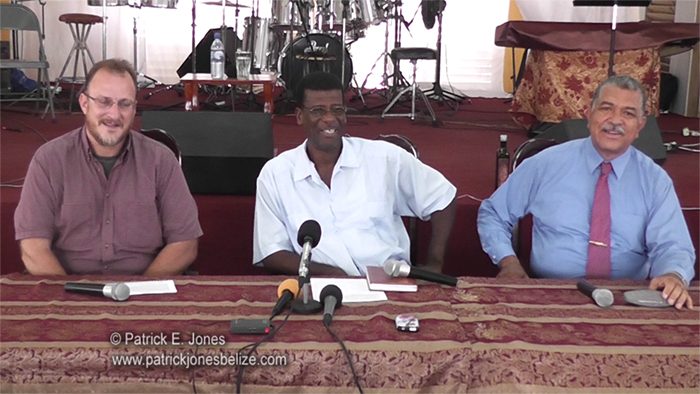 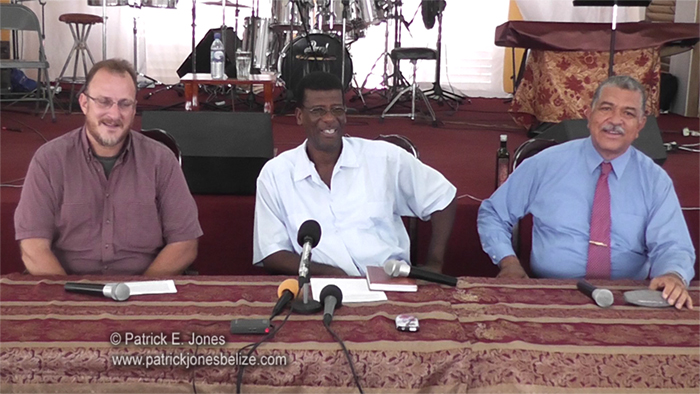 Friday, May 9, 2014. AARON HUMES Reporting: Today the Evangelical Association of Churches of Belize hosted the press as promised earlier this week following their meeting with Prime Minister Dean Barrow.

Its president, Pastor Eugene Crawford, wished to emphasize that the Church remains vigilant on the issue and awaits the satisfactory response of the Government to the implementation of the Revised National Gender Policy with its input.

He said that while certain remarks alleged to have been made by the chair of the National Women’s Commission Ann-Marie Williams may have coincidentally impacted the meeting’s timing, they were ready to hear from the Prime Minister.

And he told those skeptical of the Church’s chosen means of addressing the issue that confrontation is not always the best way, that talking to God can move mountains.

Pastor Scott Stirm of Jubilee Ministries has been one of the most active critics of the Policy and today he reiterated some of the problems they have with it.

He said that the policy’s views on gender and education, particularly normalizing homosexuality, is contrary to standard practices and beliefs of Belizeans.

The Association is being joined by the Council of Churches which comprises the major denominations.

Apart from a few open dissenters the majority is on board and the Catholic Church made contact with Stirm before today’s briefing to ask him to reemphasize their support once more.

While most of Belize’s churches object to the Revised National Gender Policy in its current form, there are a segment led by Patrick Menzies who are so adamant about it that they are prepared to shut down schools and the entire country if needed.

Today Pastors Crawford, Stirm and Howell Longsworth had to politely but effectively distance themselves from that group, saying that while they have achieved some good things, their way of doing things is not representative of the Association or the Council of Churches.

And with regard to Thursday’s Caribbean Court of Justice ruling which allowed Jamaican homosexual activist Maurice Tomlinson to proceed with his suit against Belize and Trinidad and Tobago for their alleged violations of his right to free movement under the CARICOM treaty as a gay man, of particular concern is that the court appears to be leaning toward the view that the existence of the law can be considered prejudicial and contrary to the human rights standards of the United Nations and European Union.

The Association said that while the matter is only just moving toward full trial, its impact will be felt.

Three landmark decisions in Commonwealth jurisdictions – including one in Jamaica against Tomlinson over LGBT advertising – leave the Church here confident that they will prevail and push back the homosexuals.