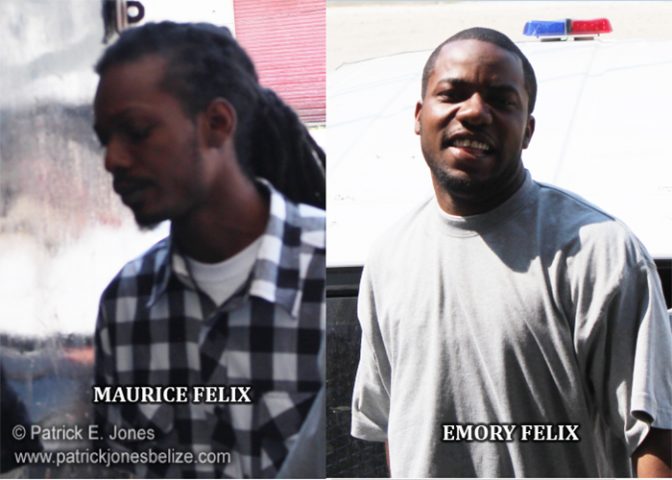 Maurice and Emory Felix (On trial for murder) 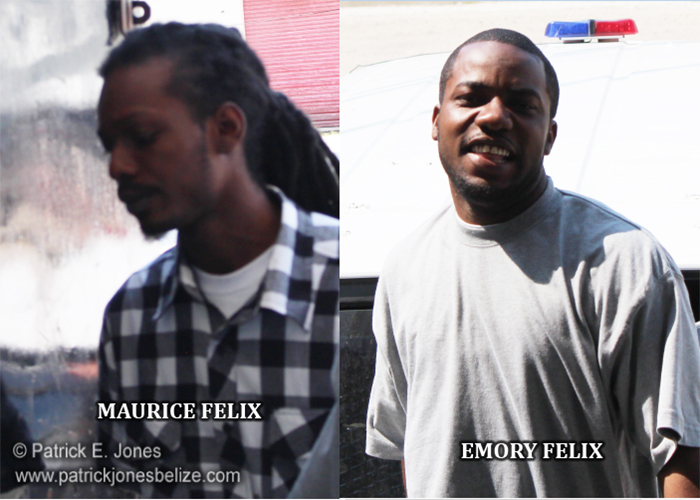 Maurice and Emory Felix
(On trial for murder)

Tuesday, May 13, 2014. AARON HUMES Reporting: This evening brothers Maurice and Emory Felix are on trial in the Corozal Town Supreme Court where a jury of twelve is deliberating at this time. Justice Troadio Gonzalez summed up the case this afternoon.

The brothers are accused of killing mechanic Mitchum Heredia at his T-Street resident in April of 2006.

The Felix brothers have been tried twice.

In 2007 a jury found them guilty but the Court of Appeal ordered a retrial after finding a material misdirection by Justice Adolph Lucas.

For this trial the case is being heard in Corozal after prosecutor Sheiniza Smith applied for a change of venue, citing alleged jury tampering in the previous trials.

Justice Gonzalez asked her to find evidence and later ruled that the venue be moved.

Main witness Romel Palacio Jr is presumed dead and unavailable to testify, however the witness statement he gave police is admitted as evidence.

Romel Palacio’s father, Romel Sr., was killed several years ago in what is believed to be an attempt to get rid of witnesses.

Heredia was entering his yard in his Nissan Maxima car when he was approached by two men and one of them pointed a firearm at him then shot him in his head.

The gunman continued to fire and Heredia received multiple gunshots to his body. The Felix brothers took the witness stand and gave alibi testimonies saying that they were elsewhere at the time of the incident.

The Felix brothers are being represented by attorney Arthur Saldivar.