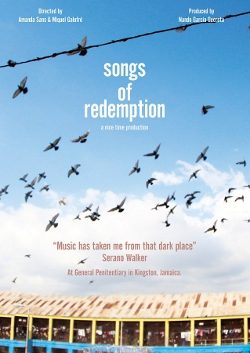 Songs of Redemption (Screening in Belize) 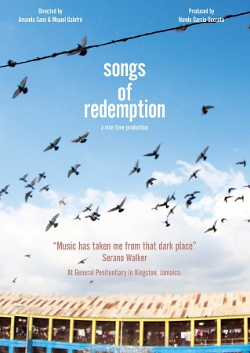 Songs of Redemption
(Screening in Belize)

Friday, May 16, 2014. AARON HUMES Reporting:  Earlier this year the film “Songs of Redemption,” a documentary showcasing the day to day experiences and challenges of the inmates in a Jamaican prison, the circumstances that brought them in conflict with the law and the hope that the rehabilitation programme funded by the EU through its European Instrument for Democracy and Human Rights (EIDHR) nurtures among these inmates, was screened at Belize’s Central Prison.

As part of Europe Day celebrations, this weekend at the Ramada Princess Cinema there will be wide screenings for the general public.

Her Excellency Ambassador Paola Amadei says the movie was well received at the Prison and hopes that perhaps a local television company may make contact with the producers and directors of the film to buy it for distribution locally.

The film was shown this afternoon and will be shown again tomorrow both at the Cinema and at the YWCA on St. Thomas Street.

The Ambassador also told us about the remainder of her visit to Belize, which will include inaugurating a facility for sugar cane operators in the North on Monday and visits to EU project sites, including the Maya archaeological site of Lamanai in Orange Walk.

Europe Day commemorates the 1950 declaration by French Foreign Minister Robert Schuman, appealing for the end of war and for European countries to work together towards their economic interests, which eventually led to the formation of the Union.