How Belize Can Harness the Economic Potential of USA Based Diaspora 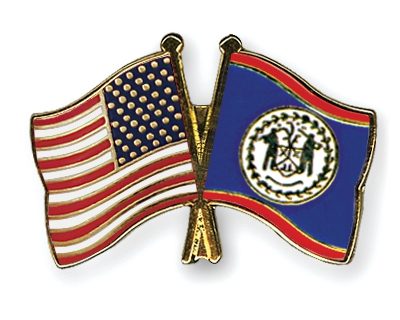 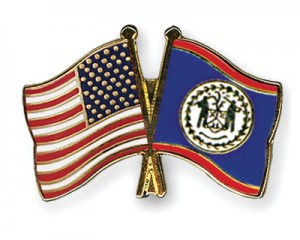 “About one out of every three Belizeans now live overseas and outside of Belize; the majority have migrated to Anglophone countries, especially the United States, where there are some 54,925 Belizeans,[1] and the United Kingdom, with around 3,000 Belizeans. Smaller numbers now live in Canada.

1990 estimates suggest that around 50% of Belizean diaspora living in the USA had become US citizens. The US Embassy in Belize estimated that two out of every three Belizeans living in the US were undocumented…suggesting that the real population was closer to 150,000 in 2010.

For the purpose of this article….let us agree to use 130,000 as the estimated Belizean American population in 2014. Straughan’s document suggested that near 50% of Belizean Americans live in the greater Los Angeles area of California….which would be around 65,000….a very economically viable community.

The estimates also show that around 60% of Belizean’s emigrating to the USA were females, suggesting that the population of females would be around 78,000 and males around 52,000.

If the World Bank estimates are right, then around BZ$150 million came into Belize in 2011, mostly from the USA, and principally as personal transfer to families and a small portion as payments to employees working in Belize. While its absolute numbers have grown significantly, its percentage of our GDP has declined as a result of the growth of our economy. Still, in 2011 one in every twenty dollars produced in the economy came from the USA transfers. It also suggests that each Belizean American man, woman and child sent home an average of BZ$1,154 in 2011. This is an important and significant contribution to our economy.

Read also: The Cause of Poverty in Belize

The value for Merchandise exports (current US$) in Belize was 375,856,500 as of 2011. US diaspora sent to Belize as much or more as we earned from the papaya, citrus or banana exports.

The emigration rate of tertiary educated professionals were estimated at 65.5% by the World Bank in 2000. A significant brain-drain.

So how can the Belizean diaspora in the USA play a greater role in the development of Belize?

1. Belizeans living and voting at home must demand that its government fully recognize all Belizeans living abroad as sons of the Belizean soil…and to treat them better than as objects for fund raising parties during political season. The total foreign services budget for our USA offices (Washington, Los Angeles and Miami) for 2014-5 total US$1.3 million (exclusive of our UN office, which by itself is US$1 million)….less than 2% of the remittances estimate in 2011….out of which only US$67,000 or 5% is for operations. This number should be ramped up to around 5% of remittances….or US$3.75 million…open offices in Chicago and Houston….with at least 50% designated for operation of programs and projects funded to create value in our diaspora community by providing more and better services….not to fund lavish lifestyles of “diplomats” that do little if nothing to create value for Belizeans living in the USA…so that our diaspora are more developed, willing and able to contribute more to the development of Belize. If these services are creative and productive in providing value to our Belizean community in the US…a positive feedback mechanism is set up….to develop our diaspora more rapidly and to increase their vertical and horizontal contributions. This requires a change of mind set among Belizean political elite living at home, who perpetuate a stigma of Belizeans emigrating to the US as weasels, losers or unpatriotic…leaving our Belizeans abandoned to fend for themselves without the support of the state. We should learn from Mexico and the value it now places on its own diaspora in the US….we do not need to reinvent the wheel…we can engage in similar programs and projects as they do, on a scale according to our capacity and capability.

2. There needs to be greater financial integration of our diaspora with their homeland. A leading and credible credit union from Belize (perhaps the Holy Redeemer Credit Union) should open online savings and loans services based on US$ transactions for Belizeans in the USA…with a small team employed in the USA to answer queries and give advice. This would require setting up a US subsidiary, perhaps in cooperation with a sister Catholic-based savings and loans institution in the US, so as to operate within experience and standards, and to remove the costs related to transfer of US currency to Belize. This should result in a pooling of diaspora financial resources…and the negotiating power that comes with that. The local HRCU could borrow from that pool on a sustainable basis paying interest rates higher than what savings earn in the USA…perhaps to finance more home construction in Belize at lower rates and longer terms. Such an organization could offer remittance services for Belizeans at much lower cost than Western Union or Moneygram…and make extra profits from those operations. Indeed, GOB should remove all taxes and duties on transfer of funds to Belize, and work with commercial banks and credit unions to reduce their fees for such transfers…which, in addition to facilitating more remittances, would lower the cost-of-doing-business in Belize generally.

4. Belizean Americans who are citizens of Belize should be able to compete for scholarships offered to Belize via its various cooperation agreements, based on bonds signed to provide service in Belize with the expertise gained. They should have access to information about these scholarship opportunities. Indeed, an EDUCATION desk should be opened in our Washington embassy to actively encourage Belizean American to improve their education, to provide services to Belizeans studying in the USA, those planning to study there, and Belizean Americans seeking education opportunities….and then to network them. COBEC should be assisted with strengthening and expanding its initiatives.

5. An intensive research of the Belizean American community should be conducted to establish more accurate numbers, demographics, skill sets, living conditions and challenges, types and numbers of businesses operating and their histories, employment status, etc. Certain aspects of this information should be totally confidential and used only for the purpose of designing and implementing services aimed at improving the conditions of our diapora population.

6. The Belize embassy and consulates should actively engage in assisting Belizeans with legalizing their immigration status in the USA….perhaps with legal services, advice and processing of documents….not with the payment of relevant fees to the US government.

7. Belizean-owned businesses in the USA should be actively encouraged to participate in bidding for government contracts in Belize, and should be timely facilitated with invitations for bids….perhaps through a window in the Belize Washington Embassy website. They should also be facilitated with contacts planning to invest in Belize (including USA government projects), so that they can offer their services, which should have an advantage based on their local knowledge and contacts.

8. Belizean professionals living in the USA, whether retired or otherwise, should be sought after and facilitated with providing temporary and free teaching “summer” courses at our universities and colleges in Belize. A database of such volunteers should be continuously developed and made available to our educational institutions in Belize. At least five per year could be facilitated with flight tickets and a small stipend to allow for facilitation of this voluntary service.

9. Belize should pursue debt-for-education and debt-for-nature swaps with the USA, to improve our education facilities and quality of services, to facilitate US citizens and residents with study opportunities in Belize, to provide scholarships for diaspora Belizeans living in the US; and to finance initiatives aimed at developing our natural resources and rehabilitating/enhancing our environment…and of course, to reduce our stock of debts.

10. A trade and investment desk in our US Embassy should be developed primarily to assist Belizean businesses operating in the USA, Belize-based businesses planning to trade or provide services to USA-based customers…to develop USA investment interest in Belize and facilitate them. It should have web-based infrastructure to support small Belize businesses with offering their products and services and for interested customers to provide feedback on those offers. Currently all they do is facilitate companies wishing to export to Belice.

11. Belizean charities should be assisted by a COOPERATION DESK within our Embassy with obtaining 501c3 status in the USA, so that more charitable donations can be directed to Belize. More US Charities should be courted and facilitated to do work in Belize, such as PEACE WORK, which channels human and materials resources from US Corporations…such as their recent financial literacy project in conjunction with Price Waterhouse Coopers. Existing Belizean diaspora charities should be assisted with better organizing themselves so that they can pool resources and direct their efforts in a more concerted way for increasing their impact on the development of Belize.