Sisters knocked off their bicycle in Corozal 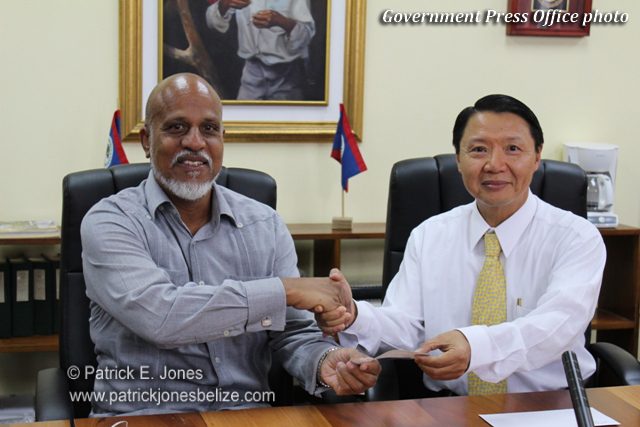 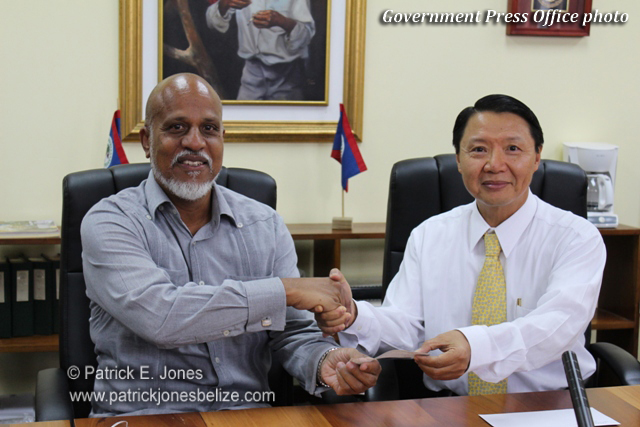 Monday, May 19, 2014. PATRICK E. JONES Reporting: The government of the Republic of China (Taiwan) has gifted the government of Belizethe sum of US$5 million in development assistance.

A cheque-handing over ceremony was held this afternoon in Belmopan during which the Honorable the Prime Minister Mr. Dean Barrow received the grant from Taiwan’s ambassador to Belize David Wu.

According to  a government press release, “the purpose of the grant is to help in the development of Belize” and will be used “to cover a part of the expenditures on key infrastructure projects, including the BElize City Southside Poverty Alleviation Project Phase Two, the extendion of the Southern Highway to Jalacte in the Toledo District and for he new crossing of the Macal River in San Ignacio/Santa Elena.” 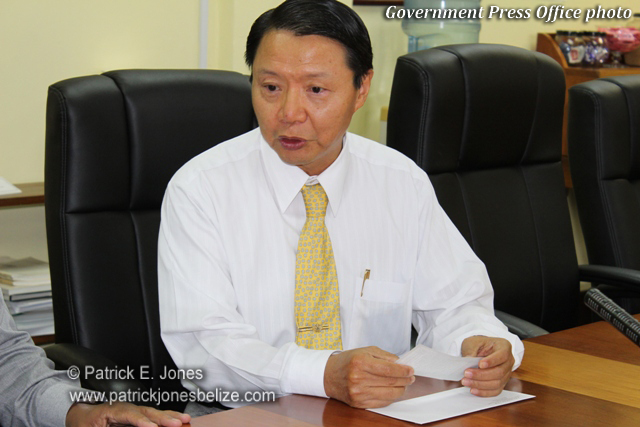